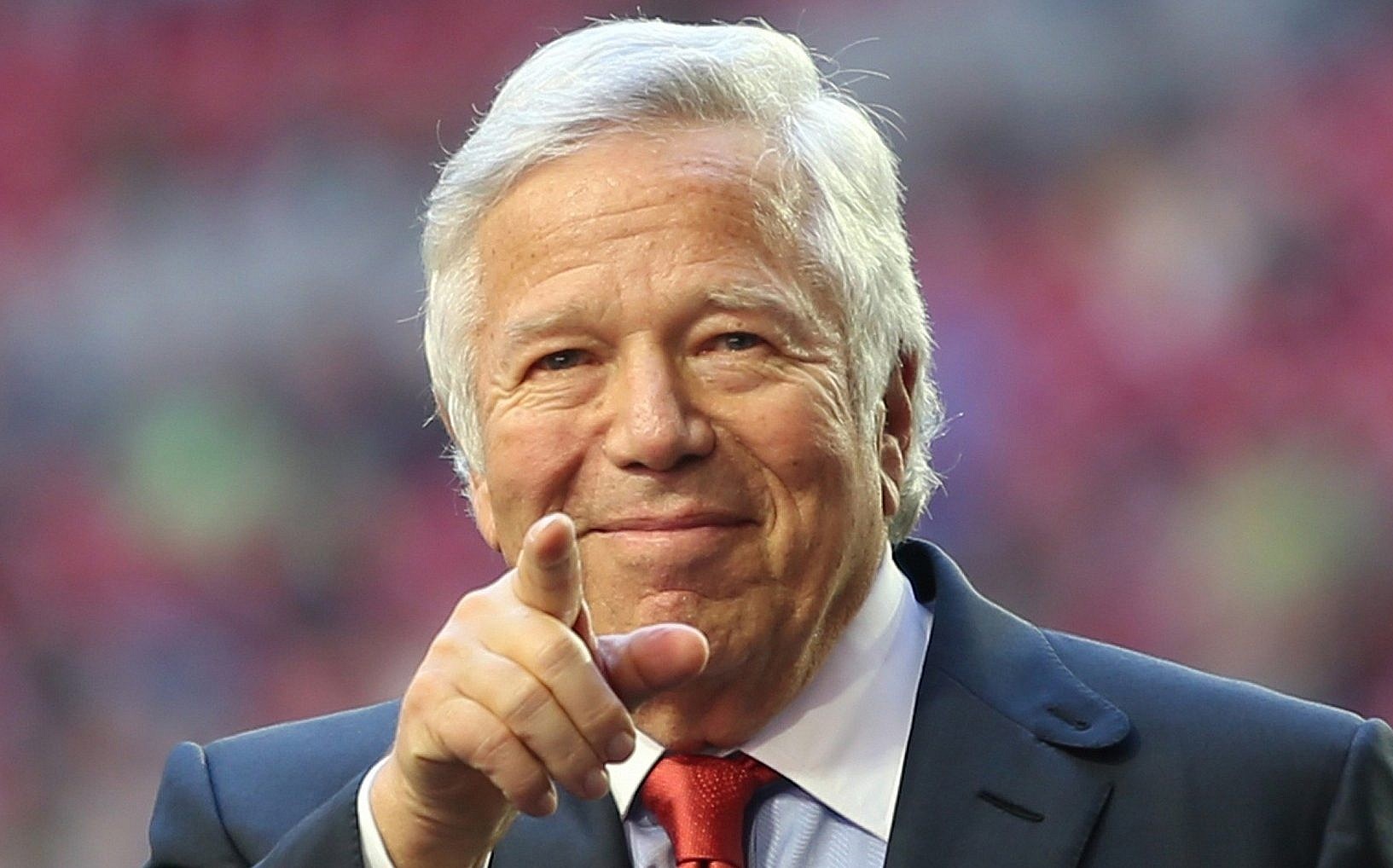 Hindsight may be 20-20, as they say, but looking back over the history of the New England Patriots, it took the determination of Robert Kraft to elevate the franchise to greatness. Robert Kraft purchased the NFL team in February 1994, and fans fondly remember waiting to purchase season tickets with infectious optimism.

“It was way before the internet, and I couldn’t get through on the phone. So, I drove. I lived in Newton, so it was only like a half-hour away. My brother and I, starting in the late ’80s when we graduated college, would go to five or six games a year. But we would buy tickets the Thursday before, and then when the Kraft bought the team, we had a feeling that they were going to sell out,” Mike Riu said, having waited in a snowstorm to purchase tickets. “If we wanted to keep going to that many games, we’d have to have season tickets. There was a lot of excitement in the line with people kind of hoping that new ownership would take the franchise in a different direction than it had been the past few years.”

The once Boston Patriots were an AFL startup pieced together in 1960. After a fourth-place finish and a pair of seconds in the Eastern Division, the Pats earned a post-season bid in 1963. That was the same year a young Robert Kraft graduated from high school and was offered a Harvard Business School fellowship. The Brookline native earned a master’s degree in business administration and started his entrepreneurial career. Unfortunately for the local professional organization, the San Diego Chargers handed them a 51-10 defeat in the AFL Championship Game.

That loss would set the tone for disappointing seasons in the AFL. After the merger, the re-marketed New England Patriots wouldn’t experience playoff fever until 1976. Like the Curse of the Bambino that hovered like a dark cloud over the Red Sox, the Pats endured a history of not winning a single playoff game until 1985. Even then, they ran smack into a team of destiny in the Super Bowl — the Chicago Bears.

Meanwhile, Kraft was building a wide-reaching business empire with diversified holdings. When he took his community-minded principles and business acumen to the table, fans knew a culture change was at hand.

“You could sort of see how things were going to go with (Bill) Parcels, and then you know, we were all hoping that Kraft would get the team and the land and all that stuff. So, we decided we better do this now. Otherwise, we’re not going to get in at all,” Mark Lemieux said about deciding to wait in frigid conditions outside the stadium to buy tickets.

Although fans could sense the tide was turning in their favor, some held reservations about Kraft’s NFL buy-in. He reportedly paid a record $172 million for the sports franchise in 1994, the highest ever at that time. Nearly 6,000 tickets were purchased the following day, and hundreds of the people who braved the bleak New England chill possess season tickets to this day.

“What they’ve done is amazing. What did they pay, like $172 million for the team? And now it’s worth billions,” Don Noll reportedly said, who drove to the 1985 Super Bowl against the Bears in New Orleans. “I mean, they built a dynasty. What they’ve done to the stadium and the area down here, with their charitable foundation, it’s amazing.”

Kraft had already bought then-Foxboro Stadium that had fallen into bankruptcy. It was a huge gamble considering team ownership wanted to relocate to another state. But with operational control over stadium expenses and team management, Kraft reinvented the perennial underdog into a storied franchise. A lifelong Patriots fan and season ticket holder himself, Kraft had his finger on the pulse of the fan base and organization.

During the Bill Parcels coaching era, the team shed the logo and uniform in a break with the past. Parcels would lead the team to a Super Bowl against the Green Bay Packers in 1996. Although the Patriots did not return with a Lombardi Trophy, fans, players, and ownership knew they could win.

“My objective in buying the Patriots is to help bring a championship to New England,” Kraft said.

That goal came to fruition after upstart quarterback Tom Brady was thrust into a starting role when Pro Bowl quarterback Drew Bledsoe was injured during a game against the New York Jets.

In many ways, the Patriots are a tale of two visions. During the five years before Kraft took the helm, the organization tallied a fretful 19 wins in 80 games. The team made the playoffs the very first year Kraft took over and earned the post-season four of five seasons. Now ranked among the storied franchises, the New England Patriots have won six World Championships.

“I have kids that are 18 and 14, and it sort of makes me laugh, they’ve lived in an era where the team’s been, you know, six Super Bowls, a quarterback that played for 20 years for the same team and went to the Super Bowl 10 times with six rings,” Steven Medeiros said. “You always hope for the best and want to see teams turn around, but on the day that I was buying the tickets, while it was full of hope and excitement about the team, I never imagined we’d see what we saw.”

Given the fact the organization made the playoffs in 2021 while starting a rookie quarterback, it’s safe to say having a lifelong fan who is committed to winning as the owner changed the trajectory of the organization.