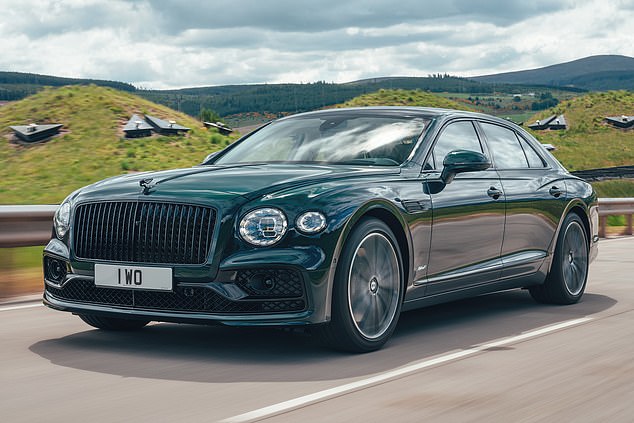 It’s just one colourful shade among many on show to the shoppers on Rodeo Drive and down in Santa Barbara as Bentley launches the new car in California.

It is undoubtedly the most prominent new colour of the UK luxury car maker, which produces the luxurious limousines approximately 5,000 miles from home in Crewe.

The clue’s in the colour: A Bentley Flying Spur Hybrid in British racing green boasting a petrol-electric, plug-in hybrid powertrain

And, the Flying Spur Hybrid in question is also ‘green’ in intent.

It is a petrol-electric plug-in hybrid that marks an important early step in the car-maker’s drive towards electrification — and a fully electric line-up within the decade.

Bentley has achieved record-breaking sales for 2021 and is now accelerating into 2022 through its green agenda. This includes an announcement of a multimillion-pound investment that will accelerate its zero emissions goals at Crewe’s factory which currently employs over 4,000 people.

Bentley Motors was founded in 1919 by English engineer Walter Owen ‘W O’ Bentley, whose motto was: ‘To build a good car, a fast car, the best in class.’

The firm established a strong racing pedigree boosted by the ‘Bentley Boys’ of the 1920s led by Woolf Barnato, a triple winner of the Le Mans 24-hour endurance race.

After a bidding war with rival BMW in 1998, Germany’s Volkswagen Group struck a deal to take over Bentley from then owners Vickers, achieving sole control from 2003 and retaining the Crewe factory. 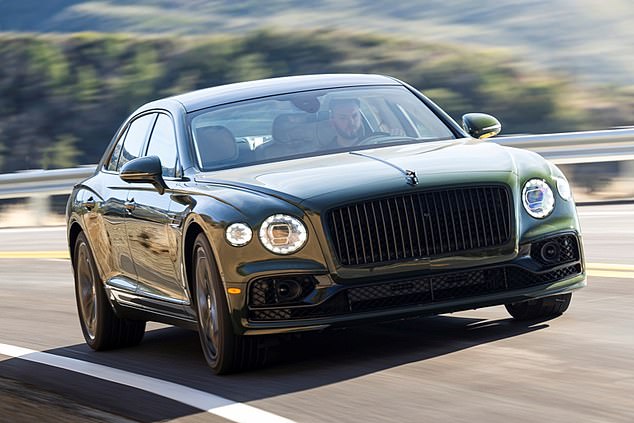 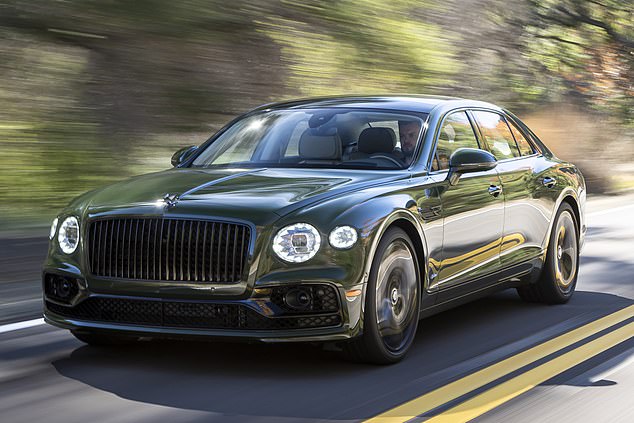 Flying Spur’s electric engine is powered from a 14.1kWh lithium ion rechargeable battery. It can be charged fully in less than two and a quarter hours.

Now, as part of its ambitious ‘Beyond100’ strategy, Bentley aims to see its entire range offering an electrified hybrid option by 2024, with the first fully electric car launched in 2025, exclusively plug-in hybrid or battery electric vehicles by 2026, and solely pure-electric battery vehicles by 2030, when the Government outlaws new petrol and diesel vehicle sales.

The Flying Spur Hybrid is next in line to the showrooms. It was revealed last summer at Macallan, an environmentally-friendly distillery on Speyside, Highlands. This partnership has been established by the company. 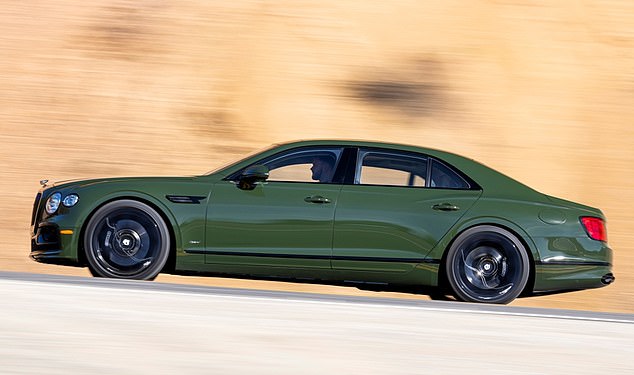 Costing around £170,000, the Flying Spur Hybrid is powered by a 2.9-litre V6 petrol engine combined with an advanced electric motor to deliver a total of 544 horsepower.

A 14.1-kWh lithium-ion rechargeable battery powers the electric-motor. It can be fully charged in less than two and a quarter hours.

It is Bentley’s second hybrid, following the Bentayga Hybrid SUV, which it exceeds in power by 95 horsepower. 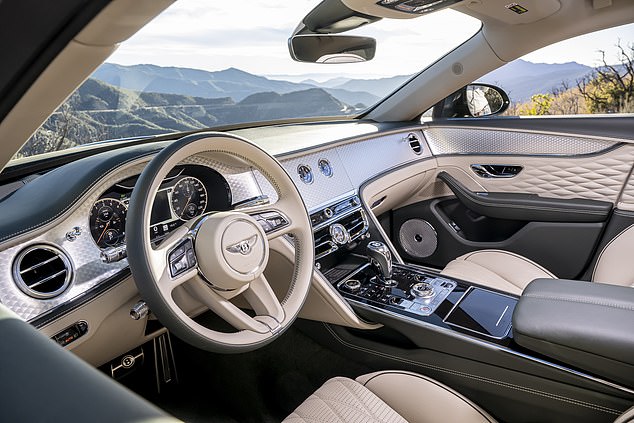 Beautiful interior: Clean and modern. Bentley wants to have its whole range offer an electrified hybrid option in 2024 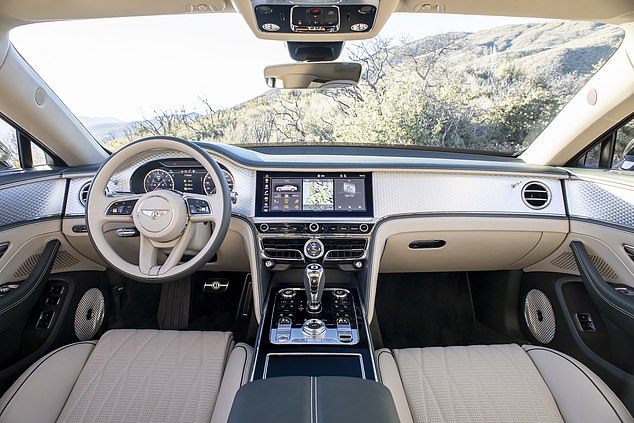 The Flying Spur Hybrid is Bentley’s second hybrid, following the Bentayga SUV, which it exceeds in power by 95 horsepower

A hint at Bentley’s electrified future was given during the firm’s 2019 centenary celebrations with the reveal of the all-electric EXP 100 GT concept car, which used green materials including a leather-like textile upholstery made from a by-product of wine-making.

Wider green moves are afoot as Bentley continues to evolve from the world’s largest producer of 12-cylinder petrol engines into a company that produces no internal combustion engines within a decade.

Since 2018, Bentley’s factory in Crewe has been certified carbon neutral by the Carbon Trust.

Business is flourishing. Earlier this month Bentley announced record sales of 14,659 cars worldwide in 2021 — an increase of 31 per cent on its previous record year in 2020.

Bentley highlighted ‘unprecedented’ demand for its petrol-electric hybrid models — spearheaded by the Bentayga SUV priced from £157,800 and the new Flying Spur limousine from £164,000. 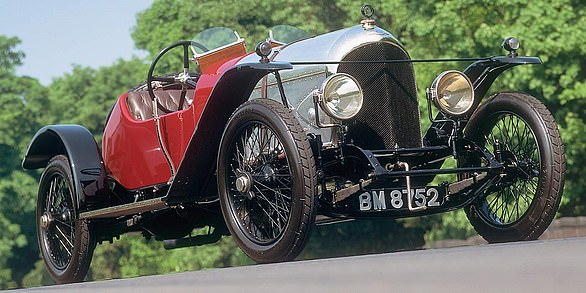 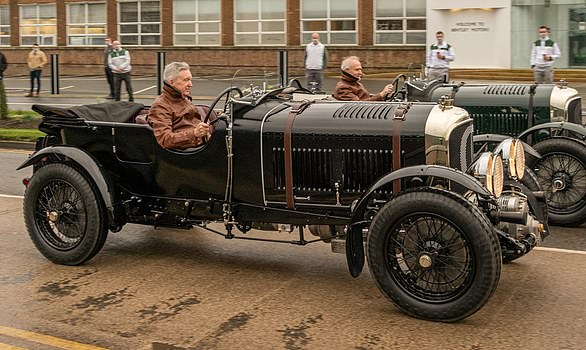 ‘Blower’ Bentley: The imposing 4.5 litre ‘Blower’ Bentley, with a supercharger developed by engineer Amherst Villiers, is the iconic pre-war ‘Bentley Boys’ racer and still on the road 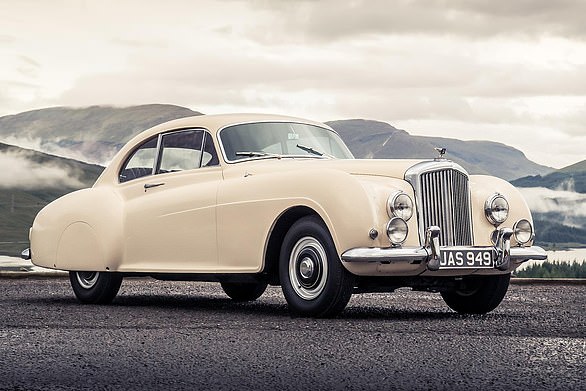 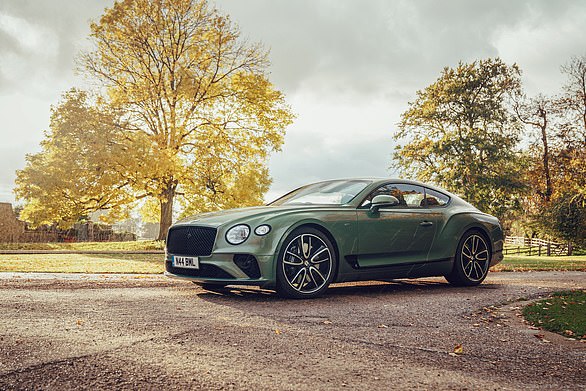 Continental GT: The GT of 2003 reinvented grand touring —and Bentley — and is still one of the biggest sellers, priced from £158,000 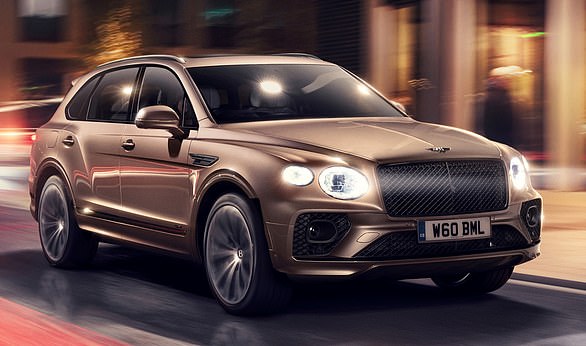 Bentley Bentayga, the original Bentley SUV. Later it was the first Bentley Hybrid. Now the firm’s biggest seller, priced from £157,800 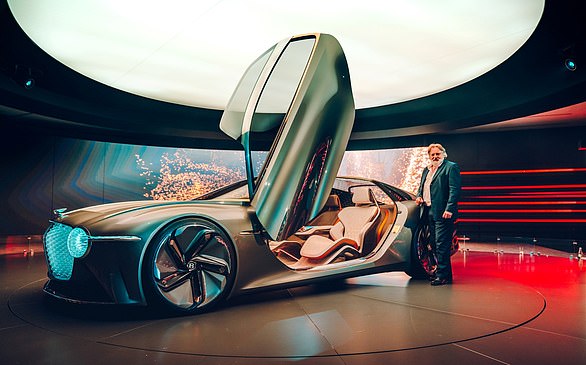 EXP 100GT: Futuristic EXP 100GT concept car was unveiled in 2019 to mark Bentley’s centenary — and next 100 years — as a statement of intent about Bentley’s plans for electrification

According to Bosses, the results show the strength of the workforce, and that measures were taken to maintain production in spite Covid, logistical problems, and growing demand for hybridised model.

Boosted by its hybrid option, the Bentayga SUV was the biggest seller, achieving a 40 per cent share of sales while the Continental GT luxury grand tourer (from £170,000) accounted for 33 per cent. 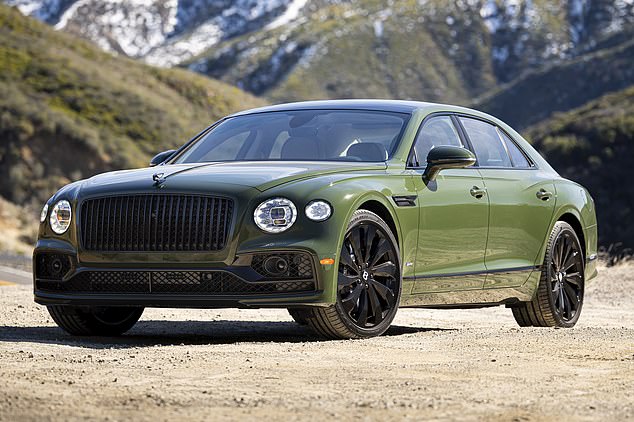 Now, as we look Beyond100, we will continue to lead by reinventing the company.’ He has also suggested that hydrogen fuel cells — using the gas combined with oxygen in a chemical reaction to produce electric power, with only water coming out of the exhaust pipe — are a longer term aim.

Affiliate links may appear in some of the links. We may receive a commission if you click them. This helps to fund This Is Money and keeps it free of charge. Our articles aren’t written for the purpose of promoting products. Our editorial independence is not affected by any commercial relationships.