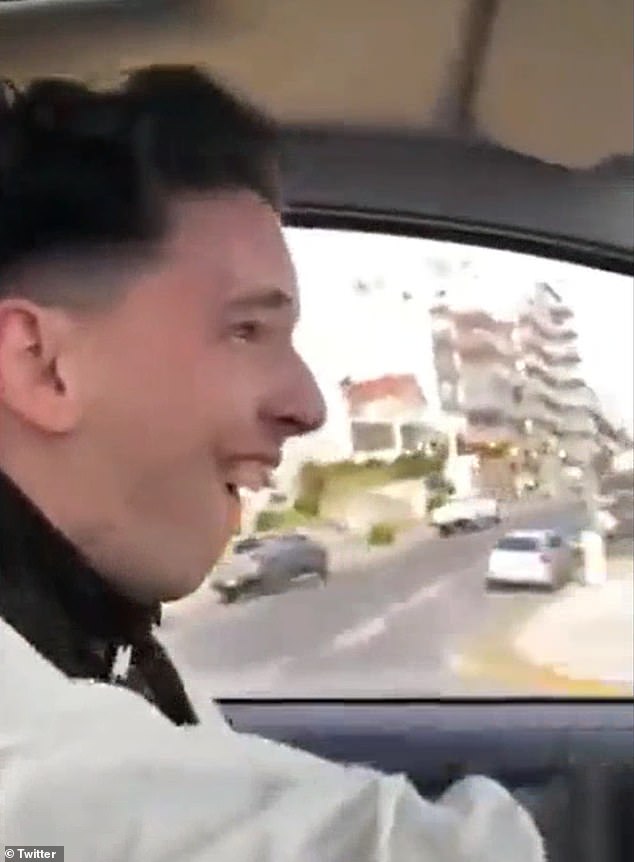 “If you kill yourself, we also kill ourselves”: This is the shocking moment an Argentinian prankster switches between traffic and weaves into and out of traffic before finally losing control and crashing into a tree

Here’s the strange moment when a drunk driver weaved through traffic, boasting that he was ready to die with his passenger before he drove on a sidewalk in Argentina and destroyed a tree.

Ignacio Arostegui was 25, arrested and accused of driving while impaired by alcohol after the horrific incident in Mar de Plata on the Atlantic coast.

Arogstegui, as well his passenger, survived the crash.

A breathalyzer test revealed that Arostegui’s blood-alcohol levels were 1.03, which is well above the legal limit of 0. Also, his driver’s license was suspended.

Ignacio Arostegui appeared in a video that was uploaded to social media that captures the moment he repeatedly shouted ‘If we kill ourselves, we kill ourselves’ before he deliberately crashed his car into a wall on a sidewalk and a tree in Mar de Plata, Argentina last Friday 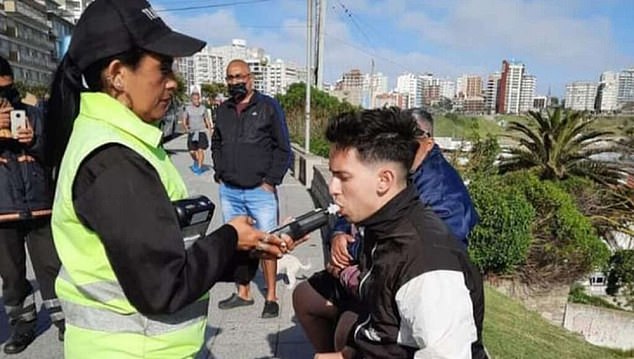 A police officer administers a breathalyzer test on Ignacio Arostegui 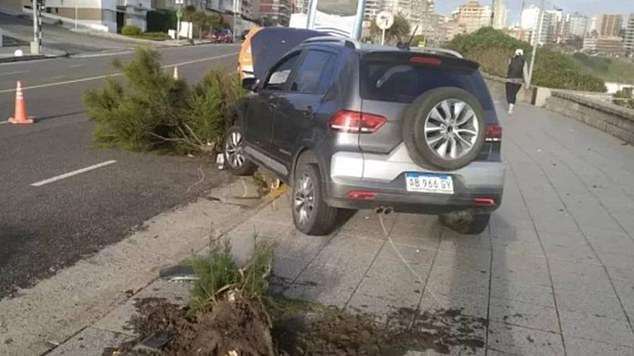 Arostegui, his male friend (unnamed), were both able to get out of the Volkswagen Fox wrecked without injury.

Arostegui’s pal filmed him speeding along an avenue next to Varese Beach. He showed no respect for other motorists and made outrageous claims about his own mortality in the video. The clip was posted by one of those involved to social media.

The friend urged him to raise the windshield on the driver’s end of his car while he accelerates and laughs at the start of the viral video, which lasted just over 90 seconds. 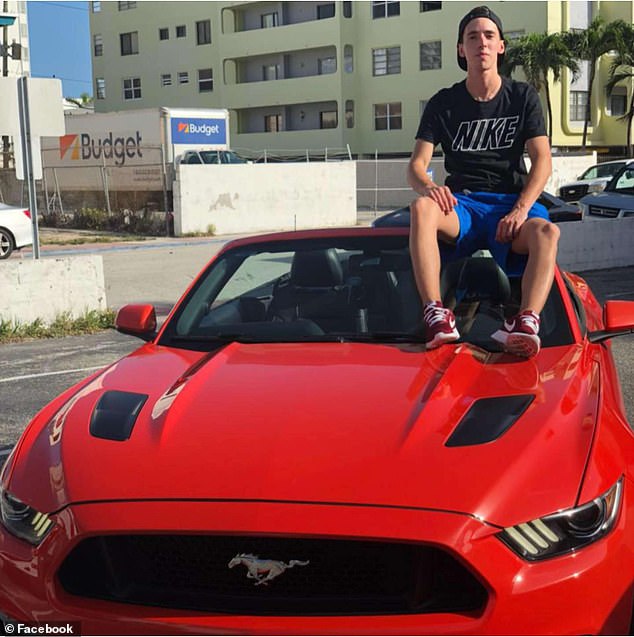 Ignacio Arostegui was stripped of his license by authorities in Argentina 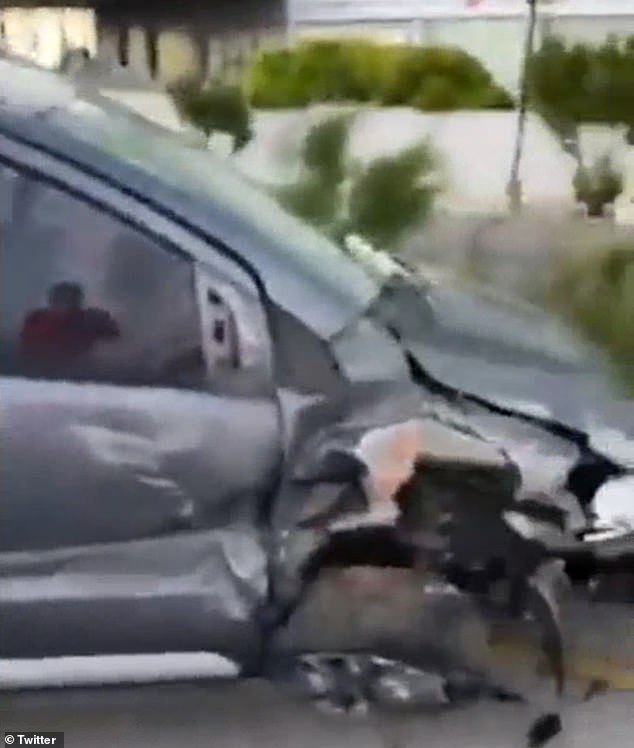 After deliberately weaving through traffic, Ignacio Arostegui crashed into his Volkswagen Fox and into a tree and wall on a sidewalk in Argentina.

Arostegui continued shouting, “If we kill ourself, we kill each other.” His friend then appeared to be able to see his point of view and said, “You jerk! You are going to murder us.”

Arostegui repeated this phrase again, before climbing over the sidewalk to strike the cobblestone path before he drove into the tree. 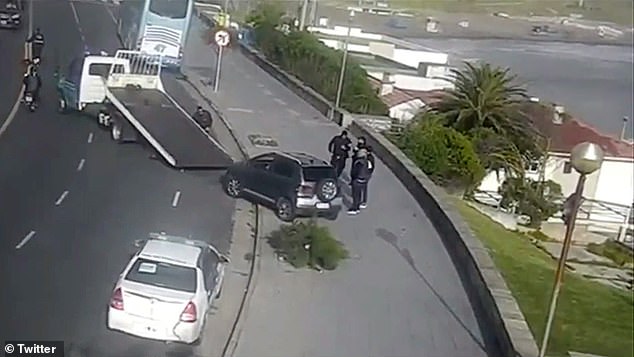 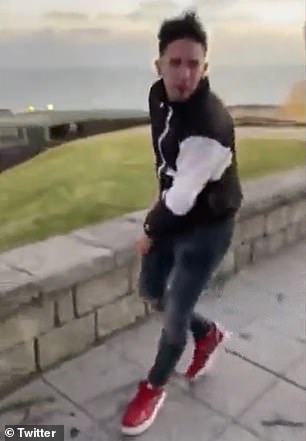 The breathalyzer test revealed that Ignacio Arostegui had a blood-alcohol concentration of 1.03 which was well over the limit for 0.5

As Arostegui followed his friend, Arostegui jumped out of the car and shouted: “We killed ourselves!”

Several outlets reported the Mar de Plata city government would be presenting Arostegui with a bill to cover the repair of the wall.

Pablo Martínez Carignano, who heads Argentina’s National Road Safety Agency, condemned Arostegui’s erratic behavior that may have led to multiple deaths or serious injuries had he collided with other motorists.

Images speak for themselves. Alcohol at the wheel kills because among other things, driving while intoxicated produces a feeling of false security and loss of inhibitions that permit making decisions such as driving at high speed without dimensioning the danger,’ Martínez Carignano said in a statement.

“Fortunately, there weren’t any fatalities today, but it’s important for everyone who drives to realize that driving is an obligation, that traffic regulations need to be followed, and that alcohol shouldn’t be consumed before driving.