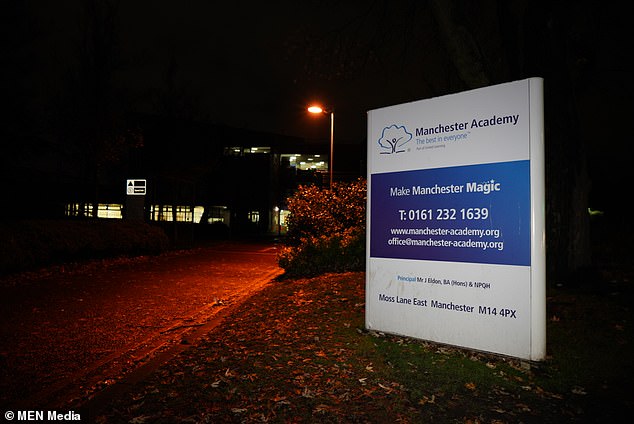 A boy, 14 years old is attacked while sitting for an EXAM in front of his classmates. The 13-year-old student is taken into custody

Yesterday, a 14-year old schoolboy was sitting on an exam and was accidentally stabbed in his neck.

In the presence of south Manchester teachers and students, the attacker entered the secondary school to stab the victim in his neck.

Around 9.40 a.m. on Thursday, emergency personnel rushed to Manchester Academy, Moss Side in the southern part of the city.

He was taken to the hospital, where his injuries weren’t life-threatening but were considered serious.

Yesterday, a fourteen-year-old boy schooboy was injured in his neck while taking an exam at Manchester Academy. (pictured), in Moss Side. 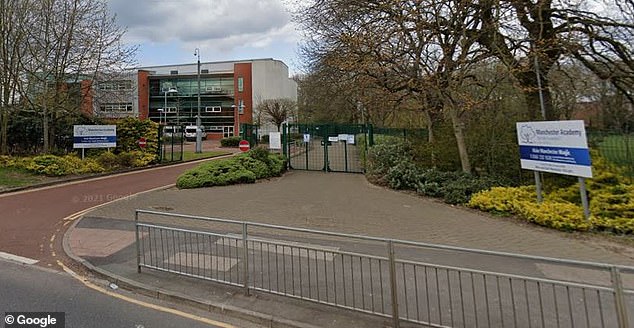 Greater Manchester Police said: ‘A 13-year-old male pupil was arrested on suspicion of assault and possession of a bladed article’

Greater Manchester Police (GMP), reported that the 13-year-old pupil of his was detained on suspicion for assault and possessing a bladed article.

The arrests of two additional boys, aged 13 and 12, were made in connection with the assault.

The police stated that their investigation is ongoing and they would continue to be present at the school in order to provide reassurance.

GMP spokeswoman said that police were dispatched at 9.40 am to investigate a stabbing incident at Manchester Academy (Moss East Lane), Manchester.

Emergency services were called and the 14-year old male student was admitted to hospital. His injuries aren’t life-threatening.

“A thirteen-year-old boy pupil was taken into custody on suspicion of assaulting and possessing a bladed article.”

Two additional males aged 13 and 12 years old were arrested under suspicion of being involved in a robbery. assault. For questioning, they remain in custody.