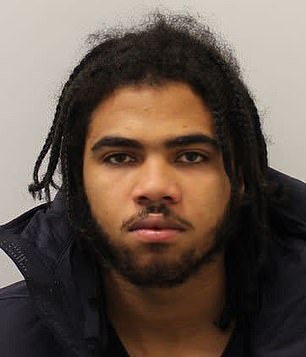 Two drill rappers were sentenced to a combined total of 71 year imprisonment for attempted murder by shotgun of an innocent victim.

Williams, who got 35 years, and Barnett who got 36, were found to be high harm offenders and it was ruled two thirds of their sentences must be served in prison.

They both are members of Ice City Boyz, and appear under the respective names Chappo & Sav.

The prosecution presented a video of drill music that included them and their gangmates. It was used as part of its case.

Speaking outside court the unnamed 26-year-old victim’s mother said: ‘As a result of being shot close hand with a shotgun, my son sustained significant injuries during the incident.

He has had many surgeries on his way to healing. In the future, he will likely need more to manage the effects of the attack.

“The effects of the shooting have been devastating on our family and on my son. We have been extremely traumatized, as well as having to manage the injuries.

“The shooting was related to gangs, but my son wasn’t and has never been a member of any gang. 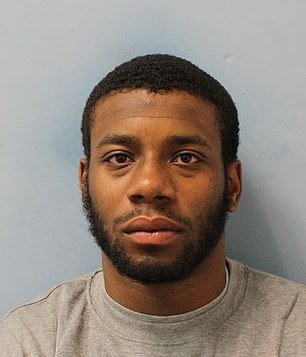 Chappo (left) and Sav (right), were jailed for attempted murder.

“Despite this, his life was still severely affected by violence and chaos caused by gang activity. There are also ongoing, often small-scale disputes among opposing gangs which can have serious consequences.

“Our family is extremely grateful to Metropolitan Police for their efforts both to identify and punish those responsible and help us understand what transpired that night.

“Unfortunately, the police weren’t able to bring charges against all the people they suspect were responsible for the shooting. We are grateful to the police for being able to charge some of those involved in this shooting.

On February 23, 2019, a convoy made up of two cars drove from Brent, England to Enfield in an attempt to attack the victim.

They broke into an Enfield home just before midnight, armed with a shotgun.

The victim tried to barricade himself behind a flimsy internal door, pushing against his attackers to try and save his life.

Asharn William, 22 years old, can clearly be seen in many drill videos on YouTube. 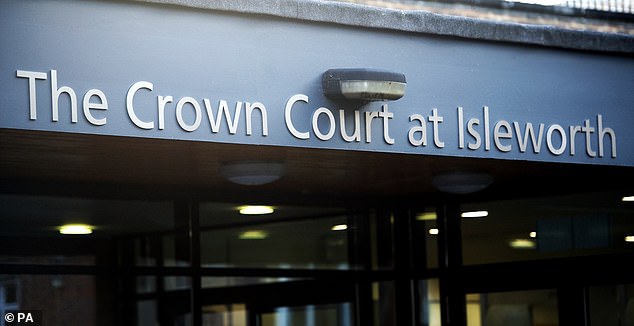 Isleworth Crown Court heard the case yesterday, and sentenced it.

A shotgun was then fired two times through the door, hitting the victim in his abdomen. This caused life-threatening injuries.

After fleeing the scene, the attackers left the victim with serious injuries and returned to Brent.

Trident detectives at the Specialist Crime Command North West Hub were assigned to this complex case.

They interviewed numerous witnesses and used CCTV to locate and arrest multiple suspects.

Even though there wasn’t any forensic evidence, detectives were able place the accuseds on the spot of the attack through careful analysis of mobile phone data and automatic number plate recognition cameras.

Investigations revealed that the reason for the escalating violence had been gang tensions in north West London.

Trident Specialist Crime Command detective Sergeant Mark Attridge said that these sentences are important in a case for attempted murder. It should be clear that you will face significant jail time if you continue to live the gang lifestyle.

“Both Williams and Barnett were violent gang members, who now have to pay the consequences of their choices. Barnett has served nearly seven years of a sentence for a gang-related stabbing. Both men were previously arrested.

“I’d like to express my gratitude to all the Trident officers that were part of this long and complex investigation. They have prevented dangerous offenders from creating more misery and street violence in our city by getting these sentences and convicting them.” The formidable legal prosecution team supported them and played an important role in these convictions.