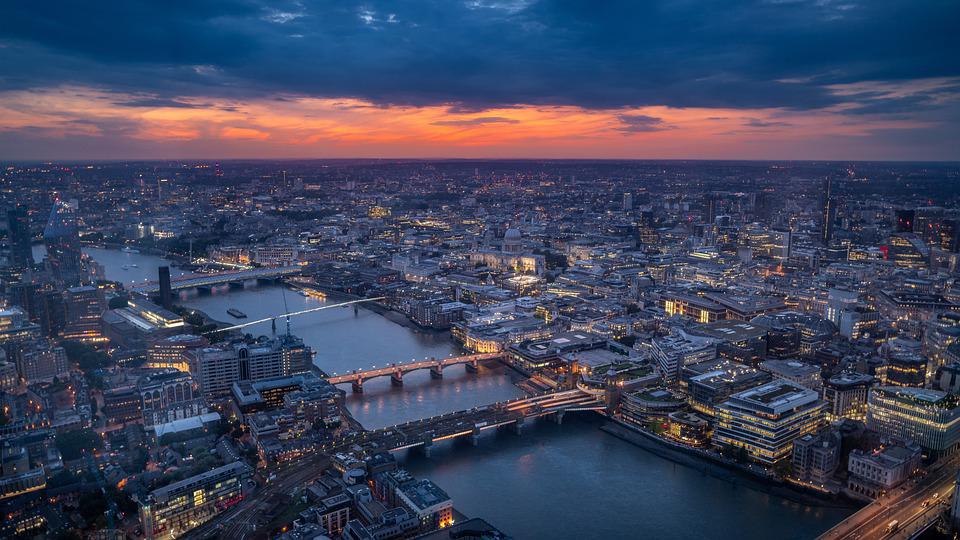 Two ex-girlfriends shared shocking accounts of their furious ex-girlfriends’ reactions when the other woman they were dating contacted them.

Confessions shared with the secret-sharing Whisper app, include women who got together after learning of their partner’s cheating – and ‘plotted his demise’ over a coffee.

Georgian woman claims her husband sent photos of her mistress showing them in bed as evidence that he was having an affair.

Another claimed that she was pregnant with her boyfriend’s child, and her wife had texted her from the blue.

FEMAIL has collected the shocking confessions below…

A woman confesses to this confession from an unidentified location. She was able join with the other women and plan their ex-boyfriend’s “death” 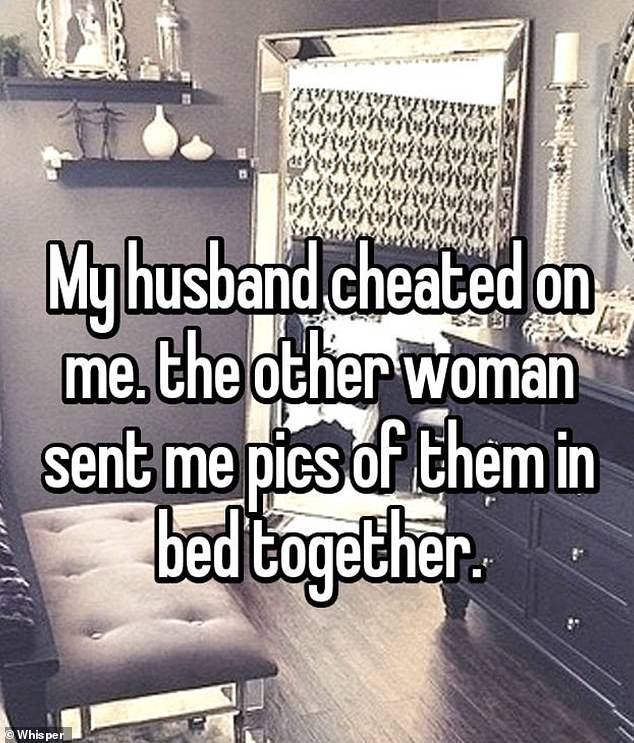 A Georgia woman claims that her husband sent photos of her mistress showing them in bed together to prove their affair. 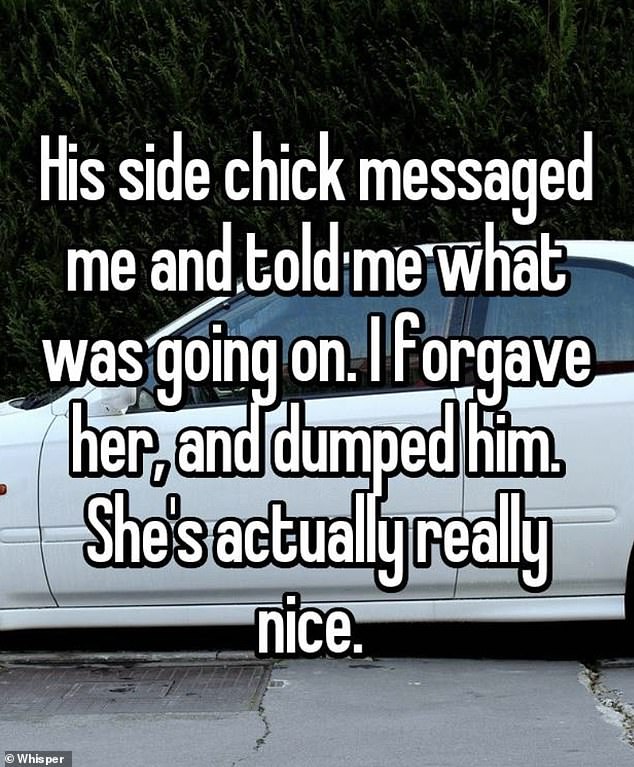 One woman in the US has admitted to her boyfriend that his’side chick is really quite nice. 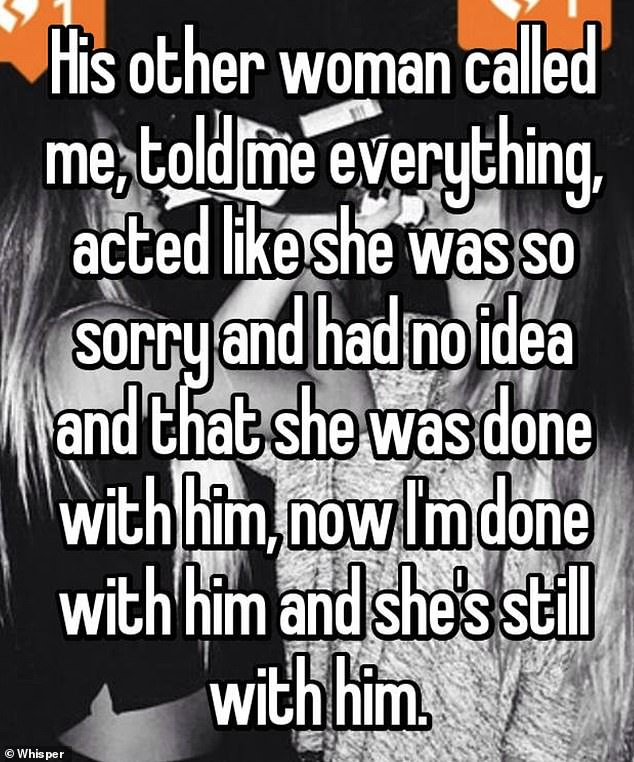 “She’s still together with him”: A woman from Pennsylvania, USA, claimed she had split with her partner, but the other woman didn’t. 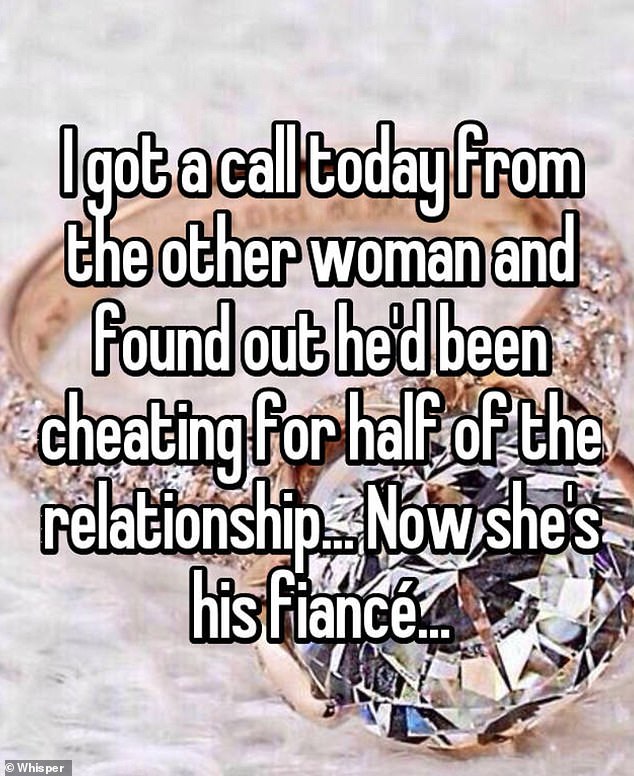 “Now, she’s his fiancée”: This woman from Georgia, USA discovered that her boyfriend was cheating during half their relationship. 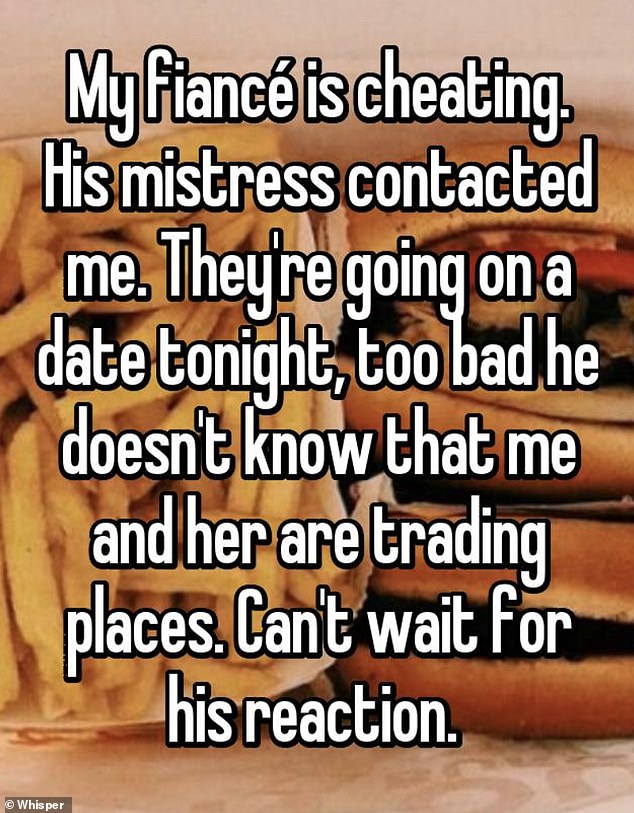 “Can’t Wait for His Reaction”: The woman came from an unknown area and said that she swapped places with another woman for a date. 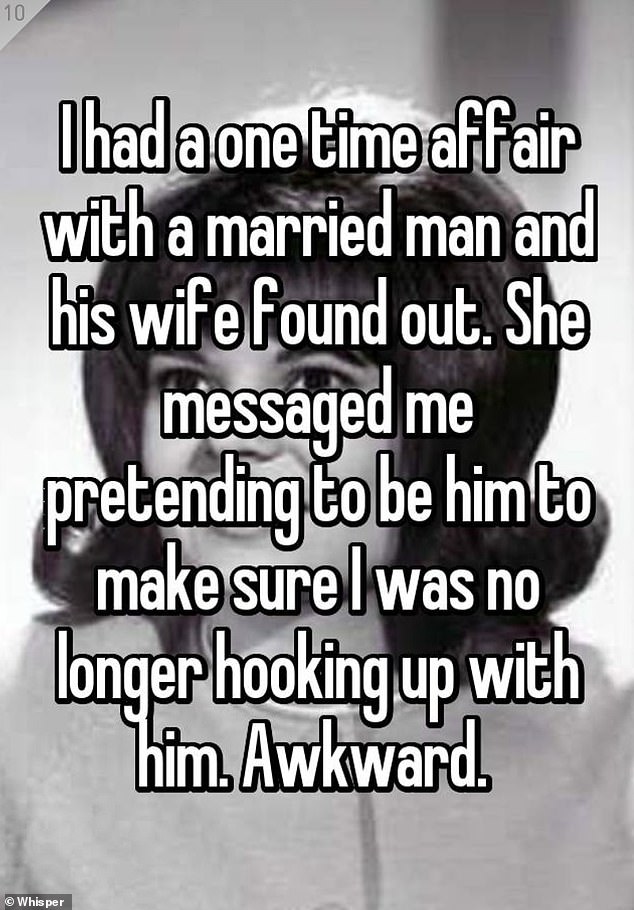 Catfished : A woman was called by an ex-wife, who pretended to her husband. 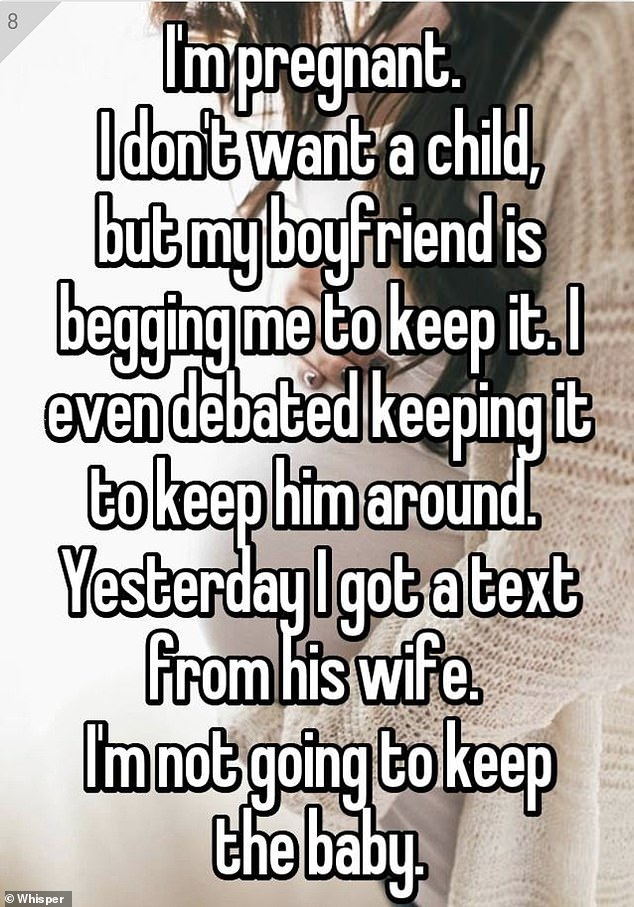 Another claimed that she was pregnant with her boyfriend’s child, and his wife had texted him out of the blue. 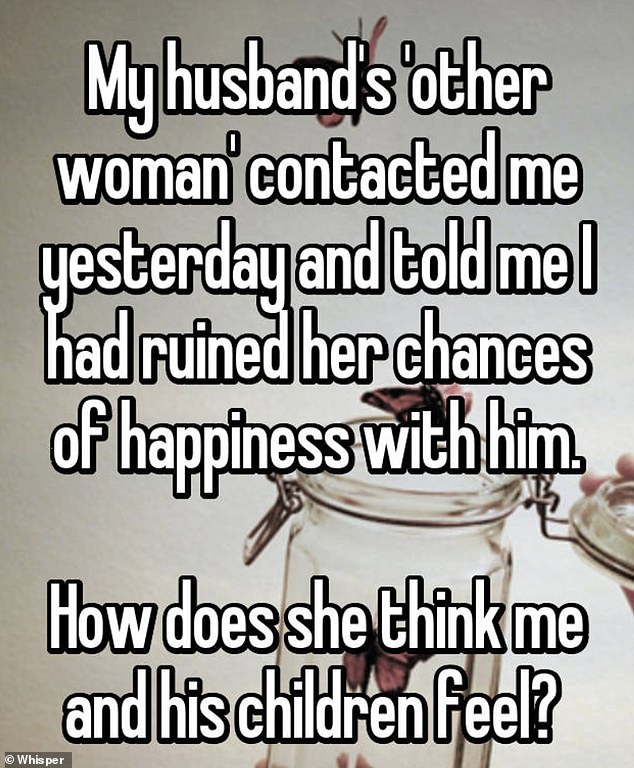 “How do she feel I feel?” This woman, from Derbyshire, was told she had ruined someone else’s ‘chances of happiness’ with her own husband 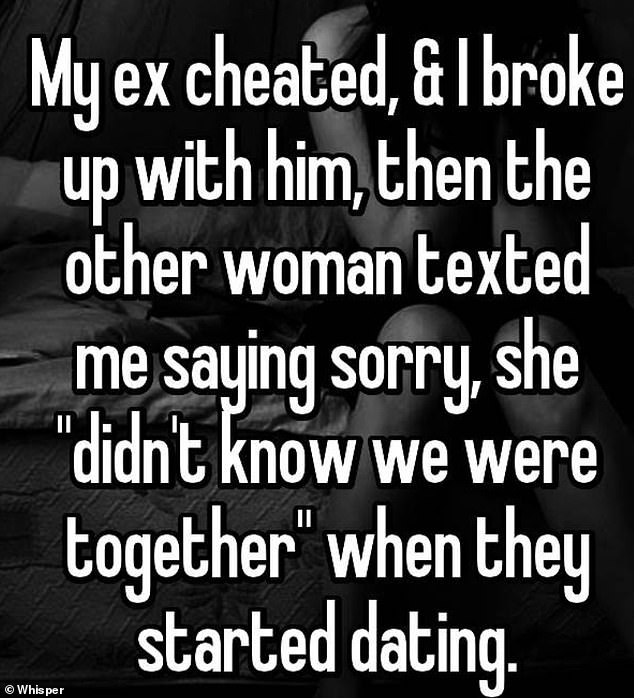 Another, from Nebraska in the US, was told the other woman ‘didn’t know’ they were together 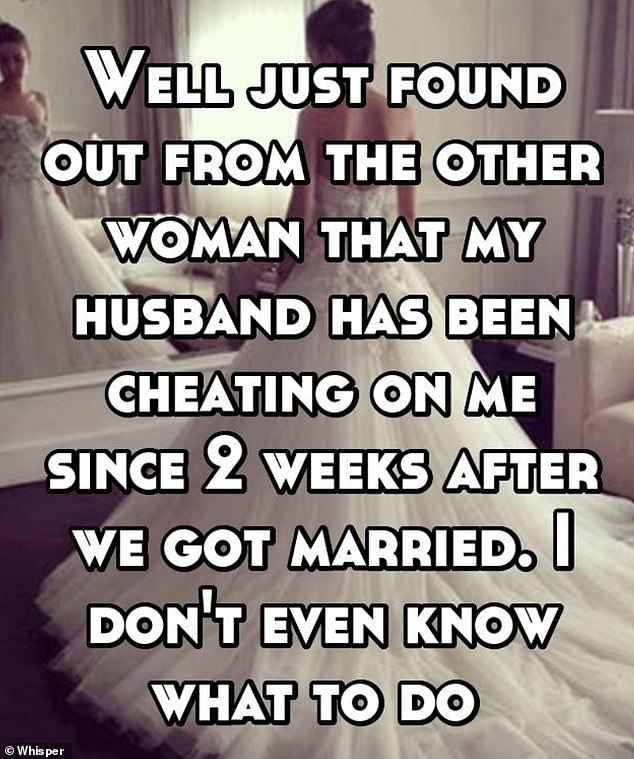 “I don’t know what I should do”: A woman from Florida discovered that her husband had been cheating since she married. 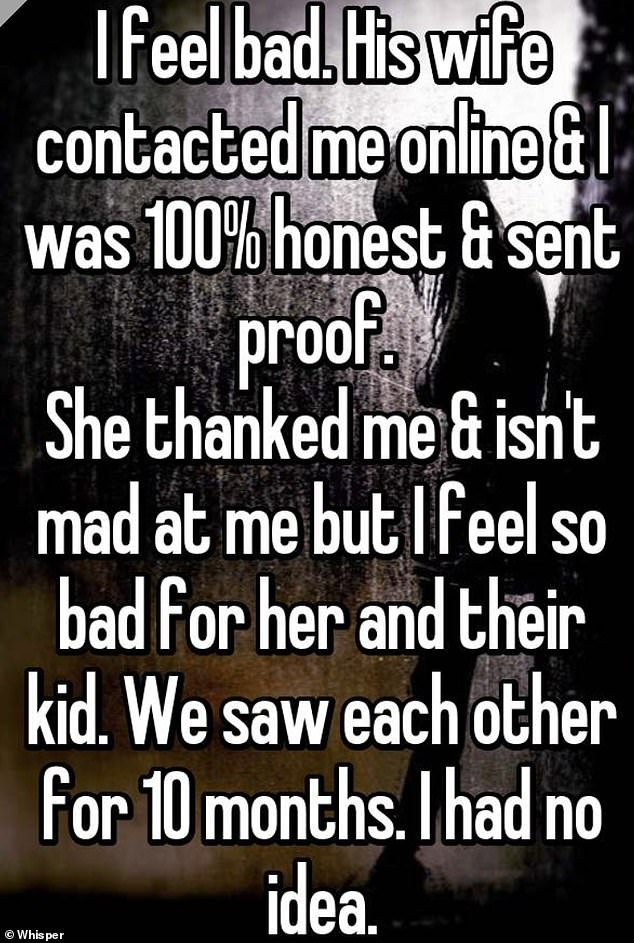 I didn’t know: The anonymous woman claimed she knew nothing about her husband’s marital status. 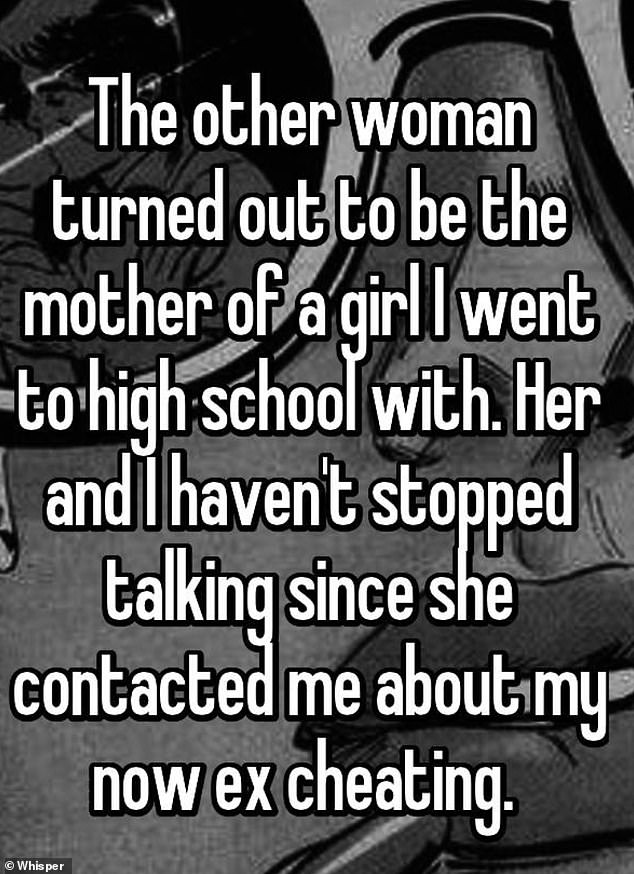 The American woman who made the acquaintance found a friend in an ‘other women’, who was the mother of the girl she attended high school with.