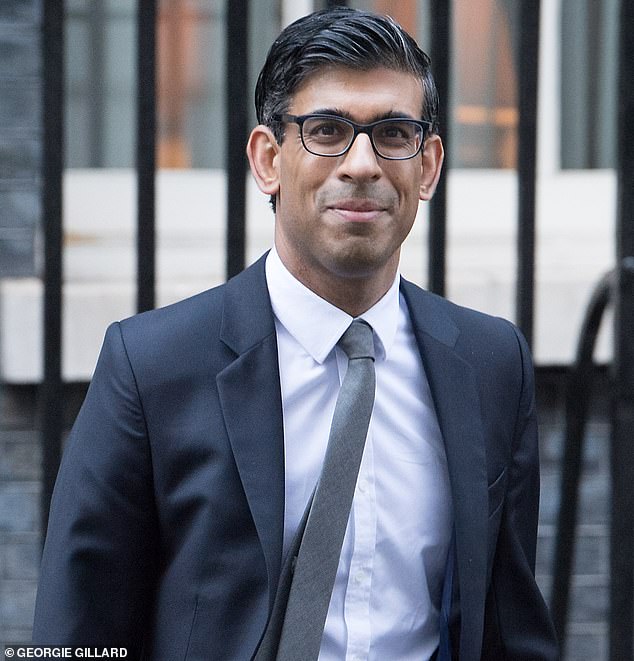 Boris Johnson is rebuffed by Rishi Sonak. The Prime Minister and the Chancellor win the fight over bailouts.

Jason Groves and John Stevens, For The Daily Mail

In a sign that rising cabinet tensions are evident, Rishi Sunak, Chancellor of India has stopped a multimillion-pound bailout for manufacturing supported by Boris Johnson.

The move follows a dispute with Kwasi Kwarteng Business Secretary, who stated last month to broadcasters that he was currently in discussions with Treasury regarding a rescue agreement for the industries affected by high energy prices.

The claim prompted a stunning rebuke, with a source from Mr Sunak’s department accusing Mr Kwarteng of ‘making things up in interviews’.

The Prime Minister supported the Business Secretary, but the embarrassment for the Chancellor was too much.

After several weeks of disputes with Kwasi Kwarteng and the Prime Minister, Rishi Sunak, Chancellor has blocked the proposed rescue agreement for the manufacturing industry.

No 10, which ordered both departments to come up with a solution together, led to Mr Kwarteng making a request for taxpayer money.

The Government offered loans that were guaranteed and energy subsidies to assist struggling businesses.

Mr Johnson was understood to have been convinced that sectors including steel, chemicals and ceramics needed help and was preparing to sign off a bailout worth hundreds of millions of pounds.

However, the Daily Mail is able to confirm that Mr Sunak successfully stopped this plan. It’s no longer being considered.

Sources close to the government confirmed that there was no chance of it being revived, despite energy prices dropping from their record highs in recent weeks.

It comes as senior Conservative MPs nicknamed the ‘men in grey suits’ went to see Mr Johnson in Downing Street yesterday amid continuing unrest in party ranks at the Government’s performance.

Sir Graham Brady was chairman of the 1922 Committee of Tory Backbenchers. He confirmed that the Executive had met with the Prime Minister at No10, but refused to comment on the discussions.

The meeting comes after a difficult few weeks for Mr Johnson, beginning with his botched attempt to overhaul standards rules for MPs, which led to renewed accusations of Tory ‘sleaze’.

This was followed up by complaints that delayed announcements regarding rail improvements for North and Midlands as well as funding adult social care in England were not on par with previous promises.

Kwasi Kwarteng, Business Secretary to the Treasury had previously told broadcasters that he was currently in discussions with them about a potential rescue plan

Events culminated with Mr Johnson’s rambling speech to the CBI in which he mislaid part of his text and talked about his visit to the Peppa Pig World theme park.

There have been reports that Tory whips believe a number of MPs have submitted letters of no confidence in Mr Johnson to Sir Graham – although they remain far short of the 54 required under Conservative Party rules to trigger a vote on his leadership.

Yesterday, Downing Street sought to play down reports of tensions between Mr Johnson and Mr Sunak following claims that the Chancellor was becoming increasingly frustrated with the ‘chaotic’ operation at No10.

The Chancellor’s chief of staff, Liam Booth-Smith, has been blamed by some for a toxic anonymous briefing that there was ‘a lot of concern in the building’ about Mr Johnson – although the Treasury has robustly denied that he was behind the quotes given to the BBC.

The Prime Minister’s spokesman insisted No10 and No11 ‘continue to work together very well at all levels’.

Asked if the Mr Johnson had confidence in Mr Booth-Smith, his spokesman said: ‘Of course, the Prime Minister has confidence in the team at No11.

‘They work very closely together delivering on the public’s priorities.’