The Earliest Reviews of the Wizard of Oz 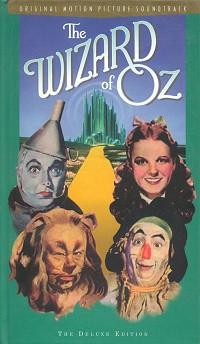 The Wizard of Oz, released in 1939, is a musical fantasy film made under the banner of MGM. This amazingly captivating movie was an excellent adaptation of the 1900s children’s fantasy novel, “The Wonderful Wizard of Oz” by L. Frank Baum.

The Wizard of Oz – A Huge Success

The Wizard of Oz is rightfully considered one of the cinema’s favorite productions of all time. With famous stars, such as Margaret Hamilton, Judy Garland, Bert Lahr, Jack Haley, Ray Bolger, and Frank Morgan, The movie rose to the top charts almost instantly. Library of Congress claimed that it became the most-watched movie in the history of the cinema.

Even today, the movie holds a special place in the hearts of the then children who are fully grown and responsible adults. The childhood or early teenage memories of watching this masterpiece with excellent musical tracks on VHS tapes is something The Wizard of Oz fans will never forget.

There are tons of instances that fans can recall when either they or their parents watched this movie as a family, and it has remained a part of their childhood since then. Toto’s red shoes and Dorothy walking down the Yellow Brick Road are some of the magical moments embedded in the fans’ minds.

It is what fans reminisce about this blockbuster movie that turned every memory a precious one. However, let us review the initial reception of this movie.

Initial Reception of the Movie

First things first, financially, Wizard of Oz was a super-duper hit. According to William Stillman, the co-author of the movie, it was a big moneymaker of its time. Even though the average national ticket prices were not that high, critics predicted that this movie would quickly recover the $3 million in production costs.

MGM claimed that this movie earned about $2,048,000 upon its initial release only in US and Canada. After adding up the $969,000 profit it made after its release in other countries, it grossed approximately $3,017,000. Even with the surmounting earnings, special effects used in this fantasy movie cost more than the movie’s earnings.

Therefore, after its re-release in 1949, MGM finally admitted that The Wizard of Oz incurred a loss of about $1,145,000. Critics stated that a fantasy movie is always a risk at the box office. As a book, this story was a huge success, but producing and releasing an adapted fantasy movie always comes with its set of risks.

Critics’ Initial Opinion of the Wizard of Oz

Moreover, this movie came out at a perfect time when the cinema had recently made a switch from black and white to colors. So, when it came out, the viewers loved every detail. Due to all the beautiful colors coming along together to portray the most amusing fantasy story, the film was considered a delightful masterpiece.

According to the initial movie critics, The Wizard of Oz was the first movie ever that brought a shine to the eyes of the youngsters. However, like any other super hit movie, it also drew negative criticisms.

Frank Nugent, a movie critic who wrote for The New York Times, suggested that some special effects in the movie did not make sense. Even though fans are still absolutely in awe of the Flying Monkeys, some viewers found them unsettling and senseless.

Also, people with more practical thinking and criticizing abilities found the special effects of these monkeys effortlessly carrying down a giant soap bubble with Glinda riding on it. There were mixed reactions to the cinematography of these fantasy parts in the movie. Some viewers loved the flying monkey and are still ardent fans, while others termed it an SFX loophole.

The most appreciated part of the film was the portrayal of the Tin Man, the Scarecrow, and the Lion. The audience loved these characters, and when they came to life under Baum’s efforts, they were at par with the unmatched portrayal of Dorothy’s character by Judy Garland.

Variety also praised the movie before its official release and raved about the many musical numbers it entailed. However, the best thing about this movie was the beautiful scenic passages that captivated the audience with sheer admiration.

Another angle to its initial reception, presented by Harrison Reports, entailed that the Wizard of Oz attracted loads of viewers to admire its technical beauty. The movie brought credibility to the film industry with unmatched special effects, lively music, and the most lovable fantasy characters.

The New Yorker’s Russell Maloney added to the pile of negative reviews. According to Maloney, the film lacked any imagination or ingenuity. Some critics did not receive the 16-year-old Judy Garland as Dorothy very well. She was too old to play the girl’s character in the fantasy novel by L. Frank Baum.

The Legacy of the Wizard of Oz

The most appreciable aspect of this movie and how it touched numerous young hearts is its universal appeal to the childhood insecurities we all harbor at some point in our lives. The most significant mutually shared feeling is the way we all feel that there might be a faraway place from the security of our homes, and it might call us anytime.

The vast unknown place over the rainbow that fascinates yet terrifies every child is what this movie portrays. The way Toto gets lost with his pet is also what tugs at the young hearts. As children, we have such strong relationships with our pets that we imagine we would get lost with our pets.

Values Extracted from the Movie

Aside from being one of the best movies of its time, The Wizard of Oz also gives lifelong lessons to the viewers if viewed in more profound meaning. Children have to become adults some time or the other, and this transition is quite serious as there are no adults to take care of them now.

The life cycle potentially never ends as the children become adults and adults grow old. So, the challenges of life that come in your way when you are an adult have to be solved without others’ help.

7 Things Not To Do When Launching Your Own Company