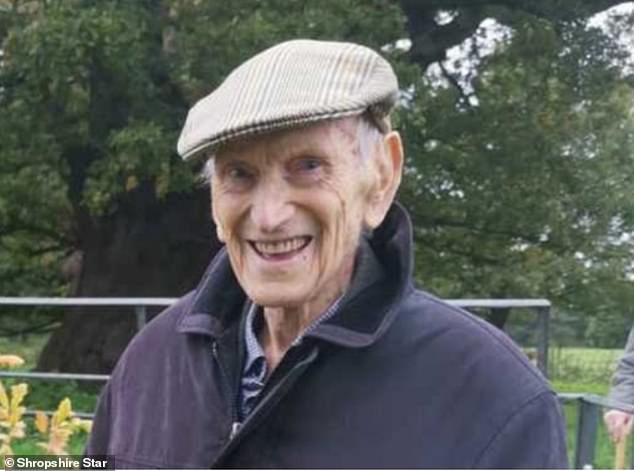 Family of great-grandfather, 91, receives an apology from Ambulance Service. He died 10 hours after paramedics arrived to treat his broken hip.

By Rachael Bunyan For Mailonline

West Midlands Ambulance service has apologised to the family of a 91-year-old great grandfather who died after waiting 10 hours for paramedics to arrive when he broke him hip following a fall.

Don Mansell from Shrewsbury lost his balance, and fell on the concrete in his kitchen.

Sue Beesty was visiting her father when she called for an ambulance at 2.30pm. However, paramedics did not arrive until the wee hours of the next morning, according to the Shropshire Star.

Mrs Beesty stated that her father, who was in a lot of pain during the wait for 10 hours, kept repeating the phrase’must it be mine turn’ to get the ambulance.

After paramedics arrived Mr Mansell (a great-grandfather of five children and former carpenter) was taken to Royal Shrewsbury Hospital, where his condition worsened. He died says later on December 3.

Don Mansell was a great grandfather of 91 who, after having broken his hip from a fall, had to wait 10 hours until an ambulance came.

Now Mrs Beesty calls for an end to delays in ambulance service across the country. She blames the delay on a shortage of emergency funding.

She told the newspaper: ‘My husband and myself had just arrived to see him on Sunday afternoon,’ she said.

“He stood facing the countertop. He made a 90-degree turn and fell on the concrete floor.

“I called an ambulance at 2.30 PM, but the ambulance arrived in the wee hours of the next morning.”

He was in excruciating pain throughout all of this. It was so painful. He kept saying that it was his turn to call the ambulance.

It was awful because there wasn’t much we could do. He might need an operation so we were told not to let him drink or move.

“When he reached the hospital, they listed him for an operation. However, they decided that his heart was too weak.

After his condition deteriorated at the hospital, Mr Mansell died later on December 3. 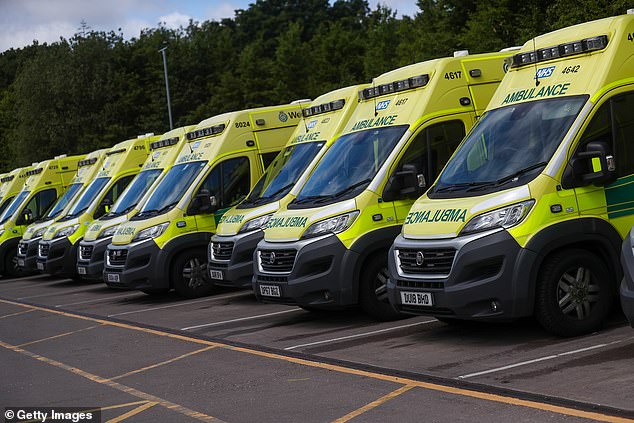 More than 10,000 people waited 12-plus hours to be seen in A&E last month, damning official figures revealed last week as the health service buckles under the pressure of pandemic backlogs.

The NHS has been facing multiple crises, according to NHS bosses. Staff shortages, winter pressures and pandemic backlogs are all contributing to the stress on the NHS.

Hospitals say patients are pouring back into the NHS after putting off treatment during the pandemic often with worsened conditions, which is exposing staff shortages.

West Midlands Ambulance Service (which covers Shrewsbury), has issued warnings that patients may be at “catastrophic” risk. Because paramedics have been held up at hospitals, they are not able to respond to 999 call.

Mrs Beesty stated that she was saddened. This was not just distressing for him, but also me because it made me feel helpless. Is this what is going on in Shropshire Our services are all being destroyed.

He lived about three miles from Shrewsbury’s hospital. We must do something to make sure that other people don’t find themselves in such a situation.

We are being told by hospital staff that they are having difficulty switching hospitals. It is difficult to find enough beds for emergency services because of a shortage in funding.

“I do not understand why ambulances came to a complete halt.”

West Midlands Ambulance Service has expressed its regret for failing to respond quickly to Mr Mansell.

WMAS spokesperson stated that: “Paramedics within our control room spoke with the caller multiple times to confirm his condition.

“Unfortunately we cannot respond as rapidly as our patients want because of the high demand for services from those with life-threatening medical conditions.

“We work closely with all the local NHS partners in order to minimize delays. We also continue to increase frontline staffing and control room staffing, as part of an array of measures that help to manage current high demand.”