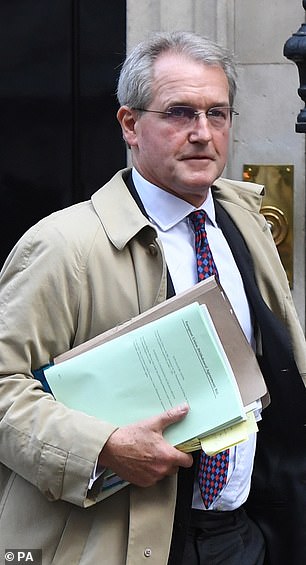 Allied of lobbying shame ex-minister Owen Paterson have claimed he was the victim of an ‘injustice’ after he was found to haver breached lobbying rules to help companies paying him more than £100,000 a year.

65-year old former Environment and Northern Ireland Secretary is facing a 30-day ban of the Commons for any actions he took on behalf two firms he was paid to advice.

The cross-party Standards Committee stated that “no other case of paid advocacy had seen so many violations or such a clear trend of behaviour in failing separate private and public interest.”

It followed a probe by Standards Commissioner Kathryn Stone into his actions on behalf of Randox, a clinical diagnostics company, and Lynn’s Country Foods, who between them supplemented his £80,000 MP’s salary by more than £112,000.

The Commons must approve the suspension, and No10 last night said that a motion would be made in the Commons as per the usual process. But, many Tory MPs have threatened not to vote for it.

It would allow for a recall to be opened that could force Paterson to face an election for his seat.

Those supporting Mr Paterson include former party leader Sir Iain Duncan Smith and Sir Graham Brady, the chairman of the 1922 committee, who told The Daily Telegraph the case raised ‘clear questions about the absence of due process.’

Shropshire North MP, Mr Paterson, lashed out at officials in the investigation, accusing them, among other things, of contributing to Rose’s death last year.

David David, a former minister, made similar allegations in his place. 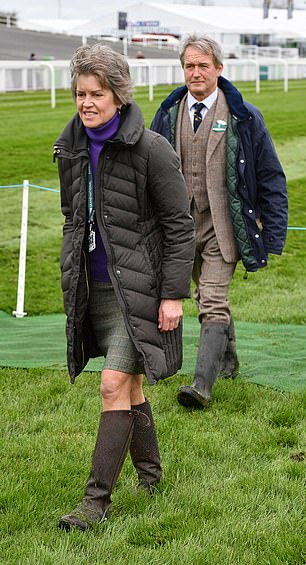 Shropshire North MP David Paterson lashed at officials over the investigation and accused them of contributing in Rose’s death last January. 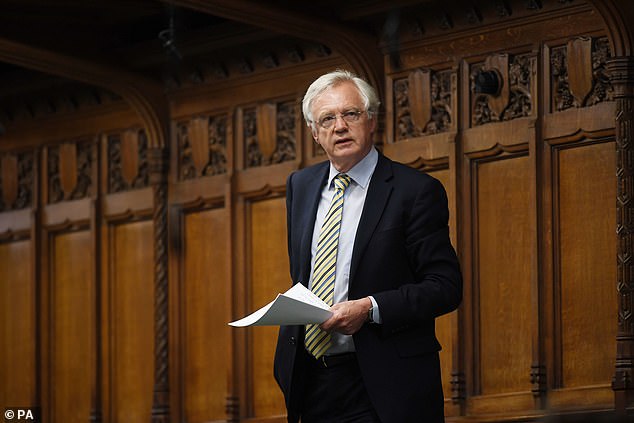 David David, a former minister, made similar claims in his name.

What was Owen Paterson doing?

Today, Owen Paterson was censured in the Commons for violating lobbying rules for two companies he was paid as a consultant.

Since August 2015, he has been a consultant at Randox, a clinical diagnostics company. This was one year after he retired from Government.

He has carried out a similar role for  Lynn’s Country Foods, a processor and distributor of meat products including ‘nitrite-free’ items, since December 2016.

Both firms are located in Northern Ireland.

“I believe he suffered an injustice because the person who’s conducted this inquiry, the Standards Commission, didn’t speak to him for 17 years… it’s almost like having a trial in the which you’re not allowed as a witness,” Mr Davis said to Times Radio.

‘Second, she made many allegations, or she repeated many of them to her more accurately, and he obtained 17 witnesses. These are not people from the street.

“These are people like chief scientist and cabinet minsters whom he’d seen and so forth, to tell her that they had all followed the rules in their meetings. She didn’t interview any of them.

“Now, in the UK court of law, if a witness statements is presented, it’s either challenged and cross-examined or taken as fact. You can’t ignore it or throw it out. You will choose one. She has ignored all 17 of them and thrown them out, effectively without cross-examination.

In October 2019, the Parliamentary Commission for Standards opened an investigation into allegations Owen Paterson had improperly lobby for Randox and Lynn’s Country Foods.

The commissioner found that the North Shropshire MP had violated the rule against paid advocacy in the MPs Code of Conduct. The MP made three approaches in 2017 to the Food Standards Agency regarding Randox and the testing of antibiotics for milk in November 2016/2017.

He was also found to be in violation of the rule for making seven approaches to Lynn’s Country Foods agency between November 2017 and Jul 2018, and four approaches in the Department for International Development to ministers relating to Randox or blood testing technology in October 2016, and January 2017.

He also violated the Code of Conduct regarding declarations of interests by failing to declare his paid consultant status to Lynn in four emails to Food Standards Agency between November 2016 – January 2018.

In addition to violating the code, Paterson also used his parliamentary office for business meetings and clients on 25 occasions between Oct 2016 and February 2020. Additionally, he sent two letters related to business interests on House of Commons-headed notepaper in October 2016, and January 2017.

After reviewing the findings of the commissioner, the Committee on Standards recommended that he be suspended from office for 30 days.

Its report stated that: “The committee found Mr Paterson’s actions to be an egregious case for paid advocacy, that Paterson repeatedly used his privileged status to benefit two businesses for which he was paid as a consultant, and that this has caused the House into disrepute.”

In a statement, Paterson stated that the investigation against him was biased and an absolute denial of justice.

He stated that ‘On a personal basis, the cost to myself and my three grown-up kids from the manner in which this investigation was conducted has been catastrophic’.

Rose, my wife for 40 years, committed suicide last summer in the midst the investigation.

“We will never be able to determine the exact cause of her suicide, but we can see that the manner in which this investigation was done played a significant role.”