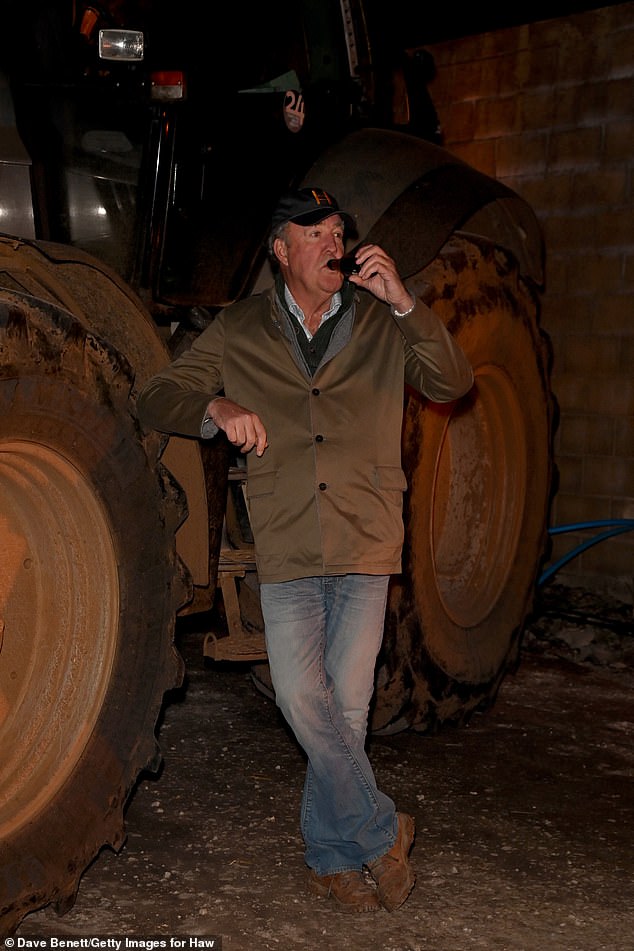 Jeremy Clarkson enjoyed a refreshing glass of beer as he launched his new business at Diddly Squat Farm on Thursday night.

Joined by girlfriend Lisa Hogan, the Grand Tour host, 61, revelled in the milestone moment, which comes decades after he was told at school he ‘couldn’t organise a p*** up in a brewery’.

Jeremy will sell his new lager, Hawkstone, in the shop at his Diddly Squat Farm, his adventures at which have been the subject of a hit Amazon Prime series.

Congratulations: Jeremy Clarkson sipped on his beer as he launched his new business at Diddly Squat Farm.

The stars of the show came out to support Jeremy Thursday night.

He was dressed casually in jeans and khakis, while Lisa, his Irish girlfriend, was warmly wrapped in a scarf and bobble hat. 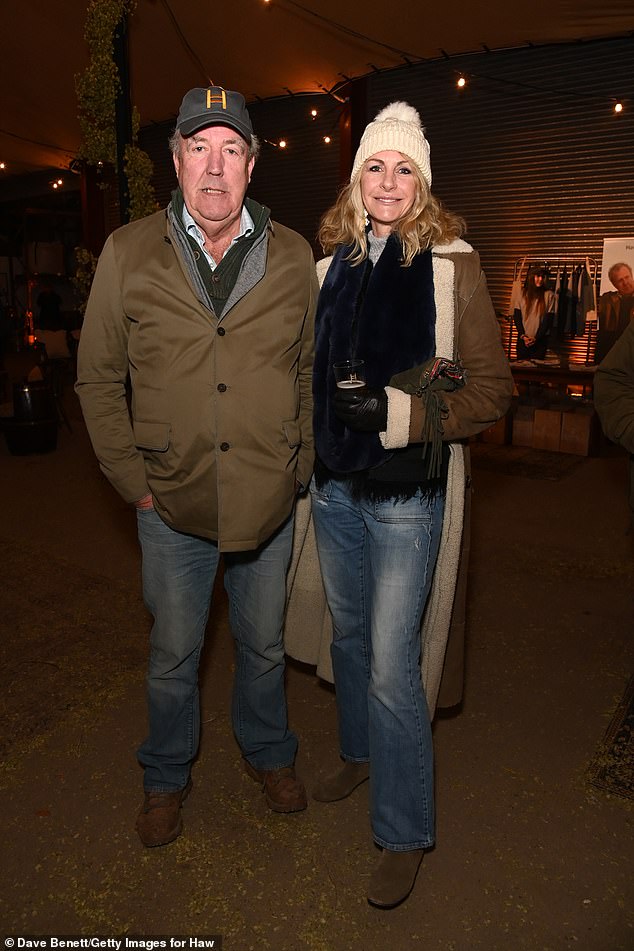 Last laugh: Joined by girlfriend Lisa Hogan, the Grand Tour host, 61, revelled in the milestone , which comes decades after he was told at school he ‘couldn’t organise a p*** up in a brewery’ 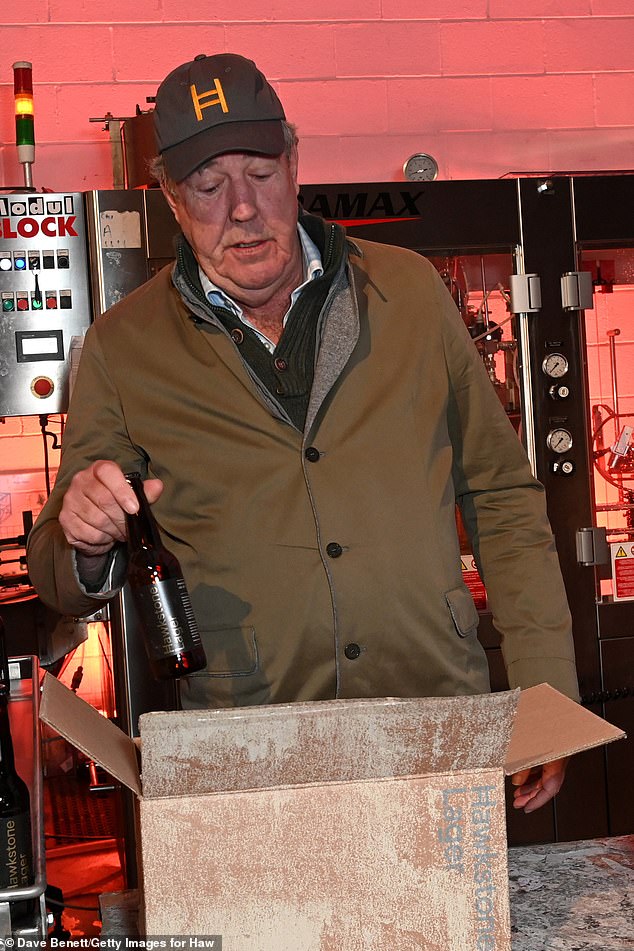 Roaring success: Jeremy will sell his new lager, Hawkstone in the shop at his Diddly Squat Farm, his adventures at which have been the subject of a hit Amazon Prime series 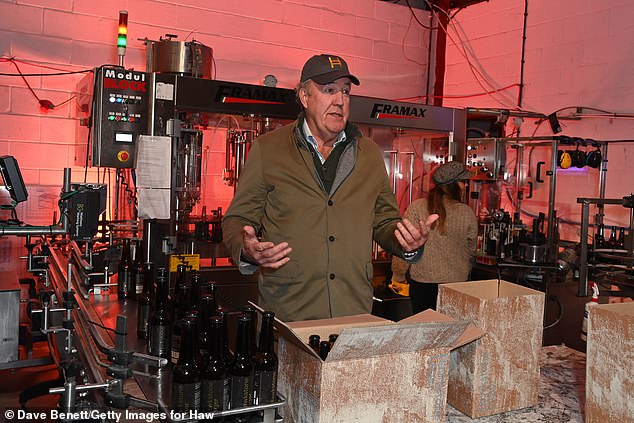 Sweet: The stars of the show came out to support Jeremy Thursday night

As he placed beer crates in the brewery, Top Gear’s former host was in full flow.

Speaking to The Sun, Jeremy admitted his marketing ideas have been shot down, quipping his slogan encouraging alcoholics to give his tipple a try was overruled by the Advertising Standards Authority.

He said, “If you are an alcoholic don’t fight it. Feed it.”

There’s so many things you don’t know. For example, “This is a delicious breakfast beer” — they won’t allow it. It is very monotonous. I can only say, “This is Lager.” 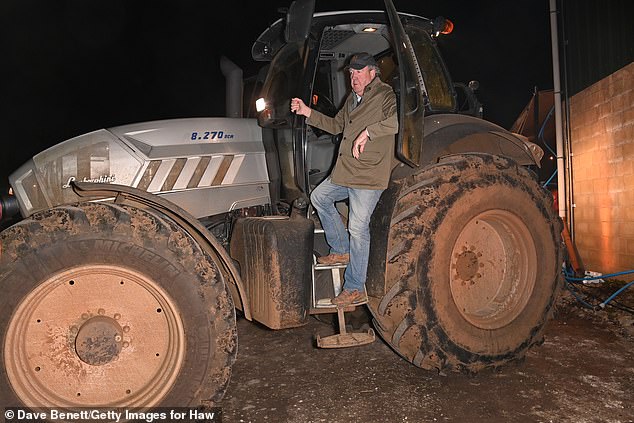 Impressive: Jeremy took a photograph on his Lamborghini tractor and couldn’t resist.

Growing the barley on his farm, the lager will be available for sale online and in Jeremy’s farm shop but he hopes it will eventually be stocked in pubs and supermarkets.

The star admitted that he was inspired to launch the new venture after being told at school that he ‘couldn’t organise a p*** up in a brewery’.

‘I wanted to have a brewery so I could have a p ***-up in it. And now I’m able to go back and tell my former careers teacher, “You see?” You were right! It’s a well-made beer. It’s my mission to dominate the world. It will take nothing less. 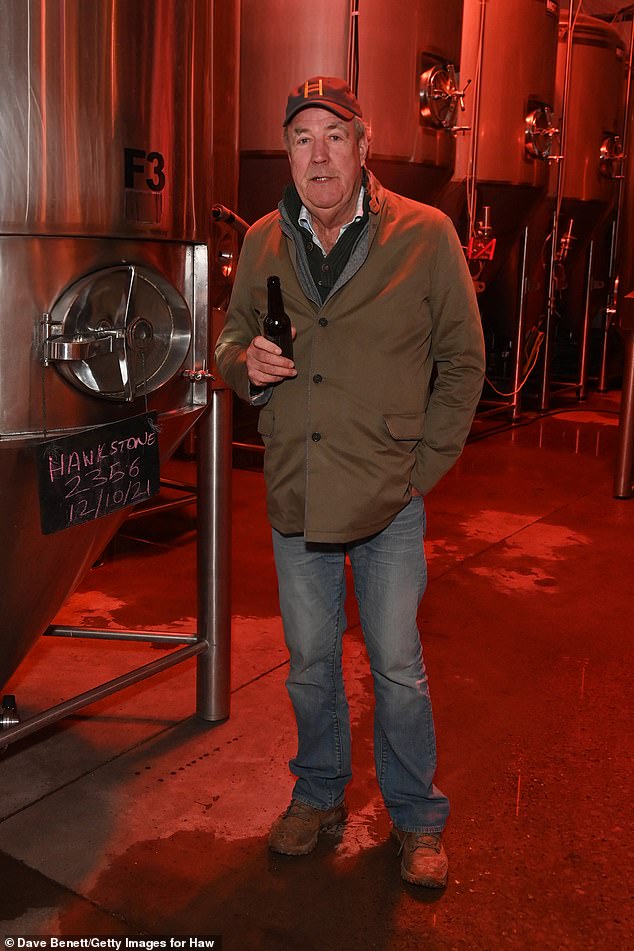 A sweet taste of success: This presenter, dressed casually in jeans and khaki jacket, showed his Hawkstone beer proudly 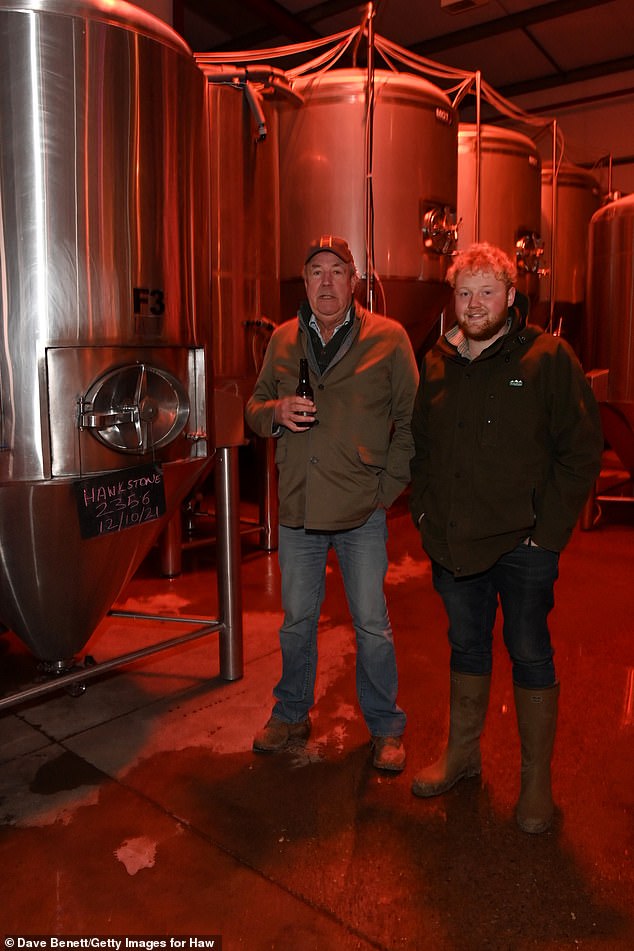 Kaleb Cooper from Diddlysquat, whom Jeremy affectionately refers to as his ‘tractor driver,’ was there also to ring the start

As Clarkson’s Farm viewers have seen, the lager may signal even more disasters at the farm. The second series is currently being filmed, and Jeremy said brewing his own beer has made his antics ‘ten times worse’.

He confessed that there have been many mishaps on his tractor. Lisa asked me the other night if I had enjoyed a wonderful day. I answered, “Yes,” and said that I’d gotten into bed at 2am. Lisa came in the morning to inform me of the devastation that was outside. It was devastation outside. The barn doors were smashed and the gate posts fell over.

“It’s almost like the scene in The Wolf Of Wall Street, when he pretends that he hasn’t been injured. The possibility of accidents is greatly increased now that we have our own beer.

After a nearly fatal bout with pneumonia and severe blood poisoning, Jeremy decided to quit drinking in 2017. 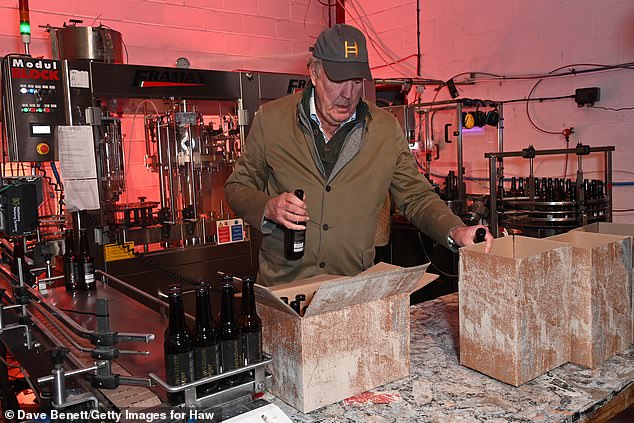 Work hard: Former Top Gear host was in full swing as he built beer crates in the brewery

Jeremy lives on the farm along with Lisa (46), and told The Sun that Lisa and he had drank themselves silly.

‘When you’re farming one of the joys is the sun going down and leaning on a fence and looking at your sheep or your crops or watch the changing of the seasons.

“Has it made me more fit? No. And the other thing about farming is how automated it is, you never have to actually walk anywhere, you just drive everywhere it’s fantastic. I’m the unfittest I’ve ever been.’

Although Jeremy owns Diddly Squat farm since 2008, he has only managed it the last few years. 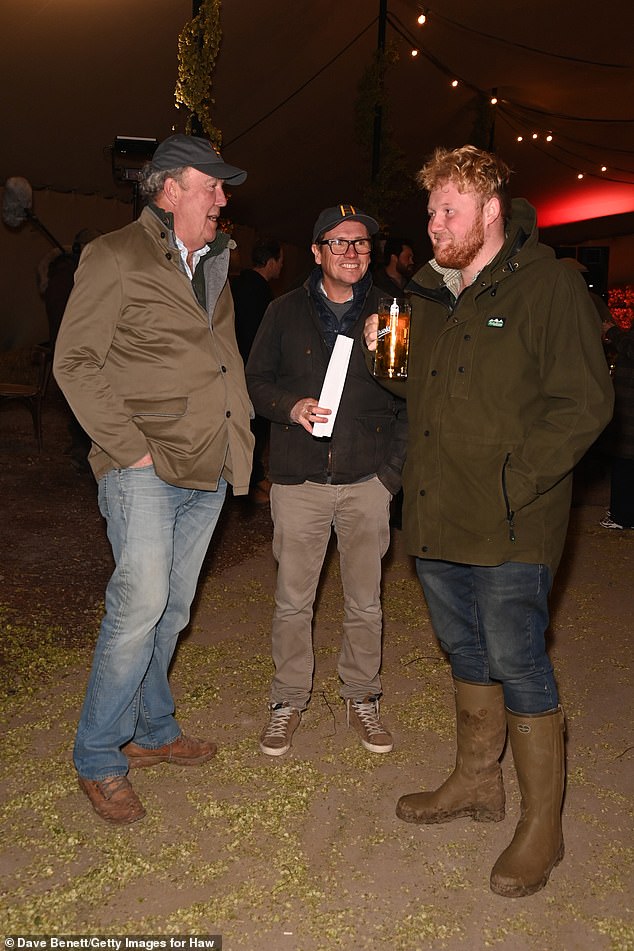 Venture capital: More catastrophes could be afoot on the farm, but as Clarkson’s hit Amazon Prime series Clarkson’s Farm has shown, it is possible. 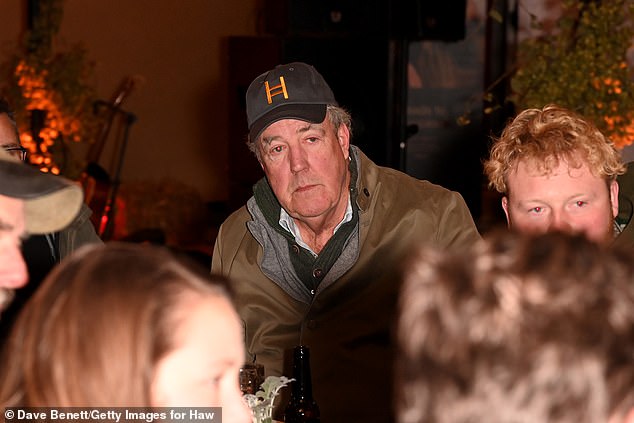 You should watch the following: The second series of Jeremy’s antics is being filmed.