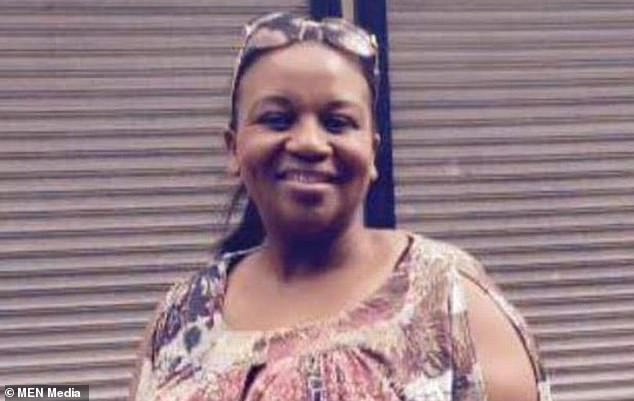 According to a coroner, the death of a mother-and-baby girl was caused by neglectful staff in maternity units.

Phumeza was also the mother of her daughter. Phumeza died eight months later, with brain damage.

Inquests at Manchester Coroners’ Court revealed that there had been a “gross failure” to provide basic medical treatment to Ms Gogela, and the baby and mother could have been saved.

Fiona Borrill was appointed assistant coroner and found neglect to be the cause of the tragic, catastrophic, and preventable deaths of the young mother and baby.

Ms. Gogela was 28 weeks old and complained of chest pain. She said she’d been suffering from coughing for seven days.

Doctors did not perform basic physiological tests on Ms Gogela or her baby ‘in violation of protocol and guidance.

Following a consultation between two midwives and a doctor, she was transferred to A&E.

Initial diagnosis was a pulmonary embolism. This is a common condition in pregnancies.

But as her condition worsened, and she was becoming ‘increasingly short of breath’, A&E staff became ‘increasingly concerned’ about her. 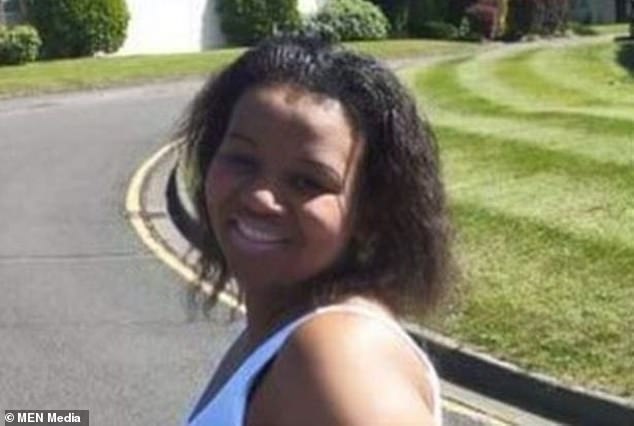 An inquest by Manchester Coroners Court found that Ms Gogela was not able to give basic medical care to her child (pictured). Both of them could have been saved.

Two electrocardiograms were performed on her and she was then referred to a radiologist for a chest radiograph. The radiologist was concerned that Ms Gogela was still pregnant.

After 4.30am Ms Gogela had a rapidly deteriorating condition and was placed into cardiac arrest. She died shortly after 5am.

Her daughter was born in an emergency caesarean at 5.15am. An hour later Ms Gogela had been declared dead.

The post-mortem revealed that Ms Gogela was a South African carer, who moved to Britain in 2007. She died from lymphocytic Mycorditis. This is a rare condition in which white blood cells accumulate in the heart, and can cause inflammation.

Dr Emyr Benjamin, a pathologist, said that he has only encountered ‘five to six’ cases of this illness during his forty-year career.

Dr Benbow stated that it was believed the illness stemmed from a viral infection. However, tests to determine exactly what virus caused it were not conclusive.

Pennine Acute Hospitals NHS Trust, which was managing the Crumpsall-based hospital at that time, prepared an ‘incident report’. It detailed numerous’missed chances’.

It found medical staff in both A&E and the maternity unit failed to realise the ‘severity’ of Ms Gogela’s illness.

According to the report, Ms Gogela’s life might have been saved if she had done this sooner.

Ms Gogela did not have a clinical review when she arrived on the maternity unit, and she wasn’t transferred to A&E ‘in ‘line with policy’ with emergency department staff ‘unaware she was coming’.

When she arrived at A&E she wasn’t taken straight to a care team, and instead had to wait 19 minutes – four more than the required time frame – to be triaged.

Senior clinicians and consultants weren’t needed until Ms Gogela died from cardiac arrest, four hours after her arrival at hospital. The report concluded that no one wanted to take responsibility for her health care.

The report indicated that a ceasarean could have been done sooner which would have improved the survival chances for the mother and the baby.

According to the coroner, there was a serious underestimation of Ms Gogela’s health after her first admission at the hospital.

Ms Borrill stated that Phumeza’s severe and degrading condition was not recognized.

She concluded that Ms Gogela’s baby and baby died from natural causes, which she said were caused by neglect.

According to the coroner, she felt satisfied with the improvements made in the hospital after the incident.

The inquest heard that Dr Sarah Vause was the medical director at St Mary’s Hospital. She said that NMGH’s maternity services had been deemed inadequate by the Care Quality Commission after’several poor results’.

In an effort to increase performance at NMGH, senior members of St Mary’s staff were drafted.

Ben Gent, an attorney at Slater and Gordon representing Ms Gogela’s relatives, said that the incident was tragic and occurred at a moment when her family was expecting the joys of a new baby.

They were instead faced with two horrendous deaths that could have been avoided. Phumeza, and Phumey will not be resurrected. However, their family is grateful for the information gained from the Inquest. This should reduce any similar deaths in the future.

Dr Chris Brookes was the deputy chief executive officer and executive doctor for Northern Care Alliance NHS Foundation Trust. He said that he would offer his sincerest condolences to the Gogelas for the tragic loss of Phumeza Gogela (2016, 2017) and Phumeza Esther Gogela–Sam (2017, 2016).

Although both of our loved ones died naturally, we acknowledge that they were not properly cared for and are deeply sorry to the family.

“As trusts, we are committed learning. We took steps to improve the Pennine Acute Hospitals trust.

These improvements have been made since then and they are being maintained.

“These actions included an Improvement Plan that addressed the need for increased investment and improved staffing. It also included focused training and the appointment a new leadership team in order to increase quality and patient safety.

Manchester University NHS Foundation Trust (MFT) spokesman added that the trust now manages the hospital and expressed its deepest condolences to Phumeza Gogela’s family following the tragic deaths of their parents in 2016 and 2017.

“We have been carefully considering the Coroner’s findings. We would like to offer our sincere apologies to Phumeza’s loved ones for their pain.”

“MFT has been managing North Manchester General Hospital from April 2020. We note the evidence at the Inquest which showed a variety of improvements made over the past five years in order to strengthen processes and learn lessons to improve the care and safety of patients.