Only one in 15 crimes end up going to court as figure slumps to a record low, new data reveals 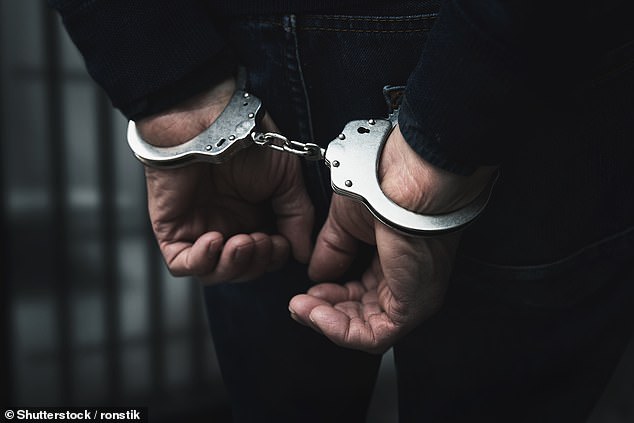 New data shows that only one in fifteen crimes is ever prosecuted. This is a record low.

By David Barrett, Home Affairs Correspondent for The Daily Mail

Yesterday’s figures reveal that the number of crimes that are eventually brought to trial has fallen to just one in fifteen.

Official data showed that only 6.5% of crimes that led to a summons or charge were recorded.

The number of rapes reported by police in England and Wales rose 10 percent year-on-year, to record levels of over 61,000 in the twelve months to June. However, the number of reports that led to a suspect being taken into court fell to an all time low.

Yesterday’s stock image shows that the number of crimes that are brought to trial has fallen to a record low of one in 15.

It was the first occasion that the percentage overall crimes that have led to a criminal charge had fallen below 7 per cent. By comparison, levels stood at more than 15 per cent in 2015 – or just under one in seven.

An 8 per cent increase in sex crime was reported to just below 165,000 in the past year. According to figures from the Office for National Statistics, it included a record 48.553 reported in the three-month period April through June. It was up 15% on the same quarter last year.

The ONS said the increase in reports could be partly due to result of ‘recent high-profile events’. The data included the rape, and murder, of Sarah Everard, 33 by Wayne Couzens (a serving Met officer). 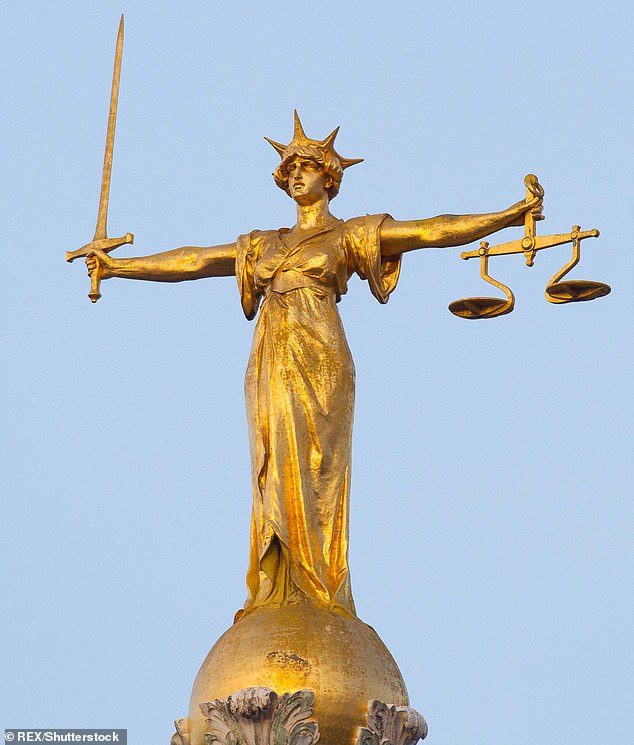 Only 297,000 suspects were taken before a court in the year ended June, compared to 352,000 the year prior. Pictured: Lady Justice statue, Old Bailey, London

But just 1.4 per cent of rapes reported led to a suspect being charged or summoned – a record low. The decline will be hugely embarrassing for Home Secretary Priti Patel who, earlier this year, admitted her ‘deep shame’ at how rape victims were being failed. In June, she pledged a long-awaited initiative to restore rape charges to the level seen five years ago – but yesterday’s data showed they are still in reverse.

Victims’ Commissioner Dame Vera Baird said the decline in the number of overall crimes brought to justice was ‘nothing short of appalling’. And David Spencer, of the Centre for Crime Prevention, added: ‘This should be a source of major embarrassment to police forces and the Home Office.’