ROBERT HARDMAN: Poets for the Planet, militant Thunbergians…why the Queen is better off home! 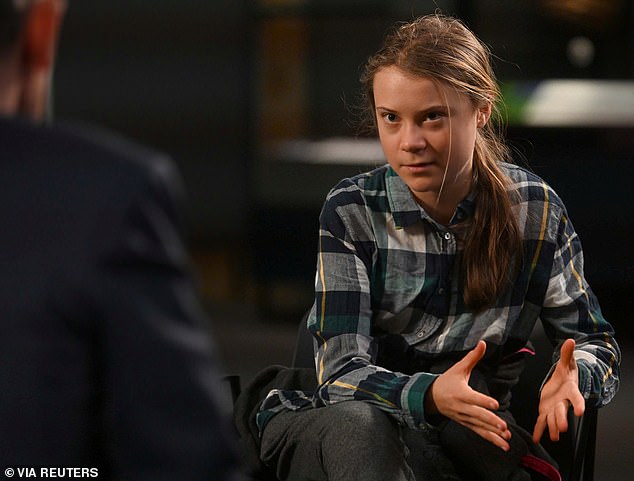 Much as she may wish she was here in Glasgow, the Queen is definitely better off following medical advice and taking things easy at Windsor.

For as of last night, registrations for the Cop26 climate change summit had reached a staggering 38,895 people – not including all the world leaders who turn up this morning. That’s an awful lot of people from all over the world – 193 countries in total.

It is more people than all the delegations from the London 2012 Olympics combined. And they are all coughing and sniffling in a tight space.

Greta Thunberg was on BBC’s The Andrew Marr Show this Friday. She stated that sometimes people need be angry

However, it is a huge space. It is more like a cluster of conference centres.

It is actually the size of an international airport with all the attendant security, queuing, and queuing. However, it is full people all heading to the exact same destination: gloomland.

In every meeting room, café, exhibition hall and lecture theatre the message is the same: the world is on the edge of the cliff and, if something substantial does not come out of this summit, then over the edge we go.

You will find an equally apocalyptic prognosis coming from the massed ranks environmental action groups, charities, and lobbyists when you step outside the fortress of steel, glass, and gale-thwacked marquees along the banks of Clyde. 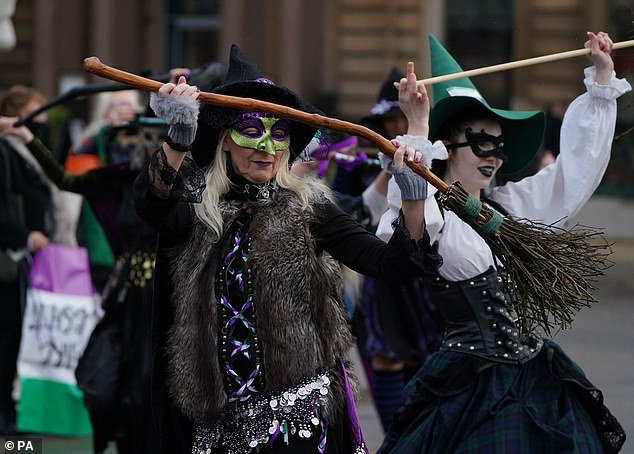 They have been given a parallel summit location on the other bank.

It is called the Green Zone and it opens today with thousands of activists representing hundreds of organizations preaching furiously to converts.

A quick look at the line-up shows that the actor Sir Mark Rylance, something called Poets for the Planet, the Global Citizens’ Assembly and a team of astronauts are just some of the star turns today – and this summit runs for two weeks.

Meanwhile, camped out somewhere in her Glasgow ‘safe house’ is Sweden’s Greta Thunberg.

The bonsai teenage prodigy in climate activism arrived here by train at the weekend to be surrounded and embraced by her adoring fans.

As always, one click of her fingers will bring legions onto the streets.

Rainbow Warrior, a Greenpeace ship, is reportedly heading for Glasgow. It threatens to sail straight up to the summit and will be subject to the police launches that patrol the Clyde. 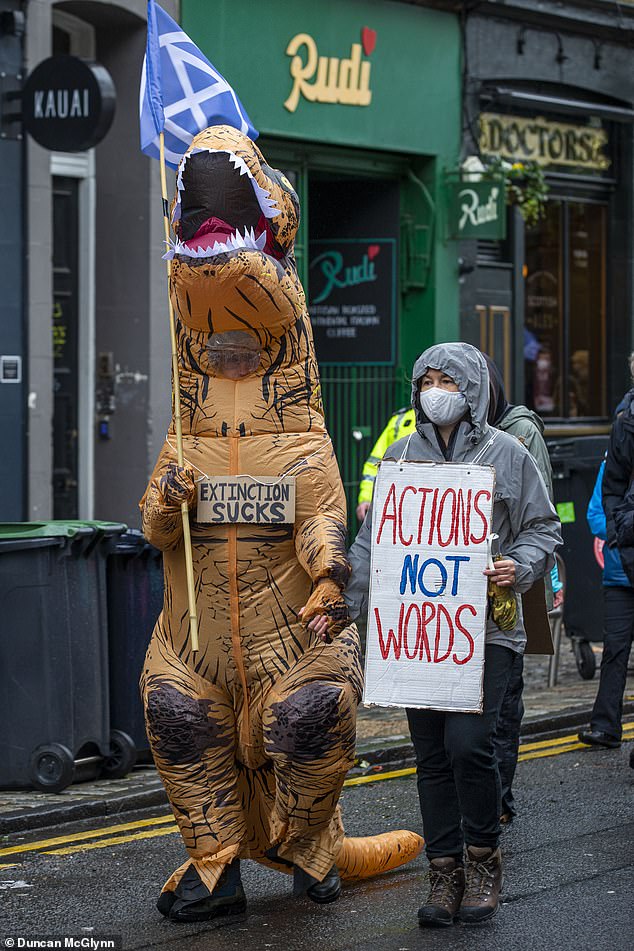 It is hard to believe that they are even bothering to question the core message. The view is unanimous: we’re doomed, unless…

It is incredible to be in a place with so many people who are passionately in agreement about the same central issue.

As of last night, Boris Johnson was saying the same: ‘If Glasgow fails, then the whole thing fails’.

We have the Tory leader and the massed ranks militant Thunbergians, Greenpeace and an orchestra composed of refugee musicians. A posse comprised of Pacific indigenous storytellers and umpteen other people all saying exactly the opposite.

Yet, I have yet to find anyone who believes that we will achieve the required result when the summit ends next week.

So why bother? Why did we ever stick up our hand and volunteer to host the largest single event ever staged on British soil, one which will cost the British taxpayer up to £250 million? 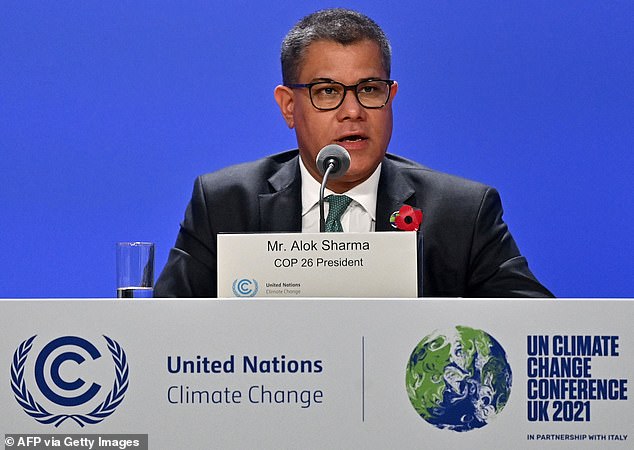 Alok Sharma, Britain’s Cop26 president, spoke on the first day of the climate conference this Sunday.

Well, at the very least, no one can accuse Britain of not trying.

Yesterday was a chaotic day for the man charged to try and reclaim victory from this widely anticipated defeat.

Alok Sharma was the backbench Tory member for Reading West five years ago. Yesterday, he was being addressed variously as ‘Your Excellency’, ‘Mr President’ and, unofficially, as the man with the world on his shoulders.

Boris Johnson took over the running of this summit at the beginning last year after ex-Tories leaders William Hague, David Cameron, and William Hague declined.

Before then, Mr Sharma was Secretary of State for Business, Energy and Industrial Strategy and a rising Tory star.

The Prime Minister assured him that he could retain his Cabinet seat, but that he would now be Cop26’s designated president. His task was to produce a result.

This is the most important Cop – Conference of the Parties – since Cop21 in Paris in 2015. Covid pushed this one back one year, as the big ones only come around every five years.

With an extra year’s worth of data and performance to work through, it has the longest agenda of any gathering in Cop history.

It was a somewhat subdued start yesterday morning as the president of Cop25, Chile’s Carolina Schmidt, handed over the reins. 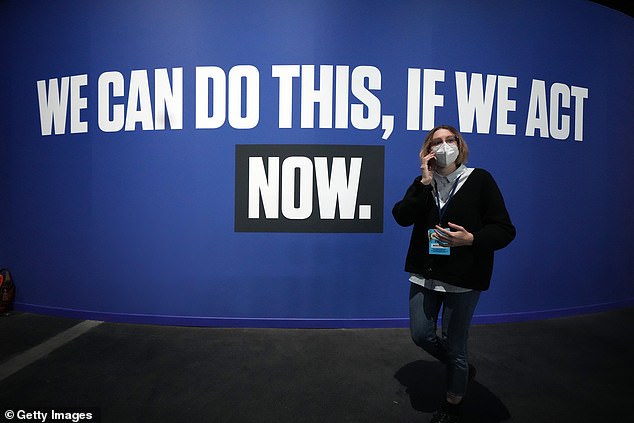 As activists and politicians press for urgent action to address the climate crisis, there is pressure on this conference to deliver results.

She began with a minute’s silence for all the global victims of Covid and then announced that she was proud to pass the mantle to ‘His Excellency Alok Sharma’.

There was polite applause in the cavernous assembly hall, named Cairn Gorm and almost as big as a Cairngorm.

The set looks like a cross between a Tory Party Conference – a huge blue backdrop plus Union flags scattered to remind everyone who the hosts are – and the United Nations. Rows upon rows of desks are arranged alphabetically according to country.

They are surrounded by a multitude of international agencies and approved organizations. I sat beside IGAD-IPAC and ILRI, INBAR, and IRENA, which, in turn, were behind Yemeni and Zimbabwe.

After completing the rounds on Sunday morning TV talk shows, Mr Sharma was ready to give his inaugural address at the summit.

He was composed, calm, and businesslike. His boss was talking over at the G20 summit in Rome, but he didn’t have any of his bluster.

He did, however, once work as an accountant before he fell for politics. The PM wanted someone who was reliable and not a showman for this job.

‘The lights are flashing red on the climate dashboard,’ was the closest he got to being alarmist.

‘If we act now and we act together we can protect our precious promise and ensure where Paris promised, Glasgow delivers.’

They are now closer than two degrees apart and he wants to bring that down to 1.5. It will not be Johnson’s fault if he fails. Johnson may be able to find a new contender for his crown if he succeeds.

‘President’ Sharma was followed by a speech of welcome from the leader of Glasgow City Council, Susan Aitken, of the Scottish National Party. She urged delegates to get out of the complex and ‘talk to a Glaswegian’ during their stay.

This may explain her peculiar outburst last week when she blamed the city’s current bin strike and subsequent plague of rats on Margaret Thatcher. Yesterday, however she was all smiles.

Cop 26 is officially underway. Yesterday was a warm-up. Today, the world leaders arrive and the party really gets going, though it’s already a squeeze. It is a good idea to ask Her Majesty to receive them all by Zoom.