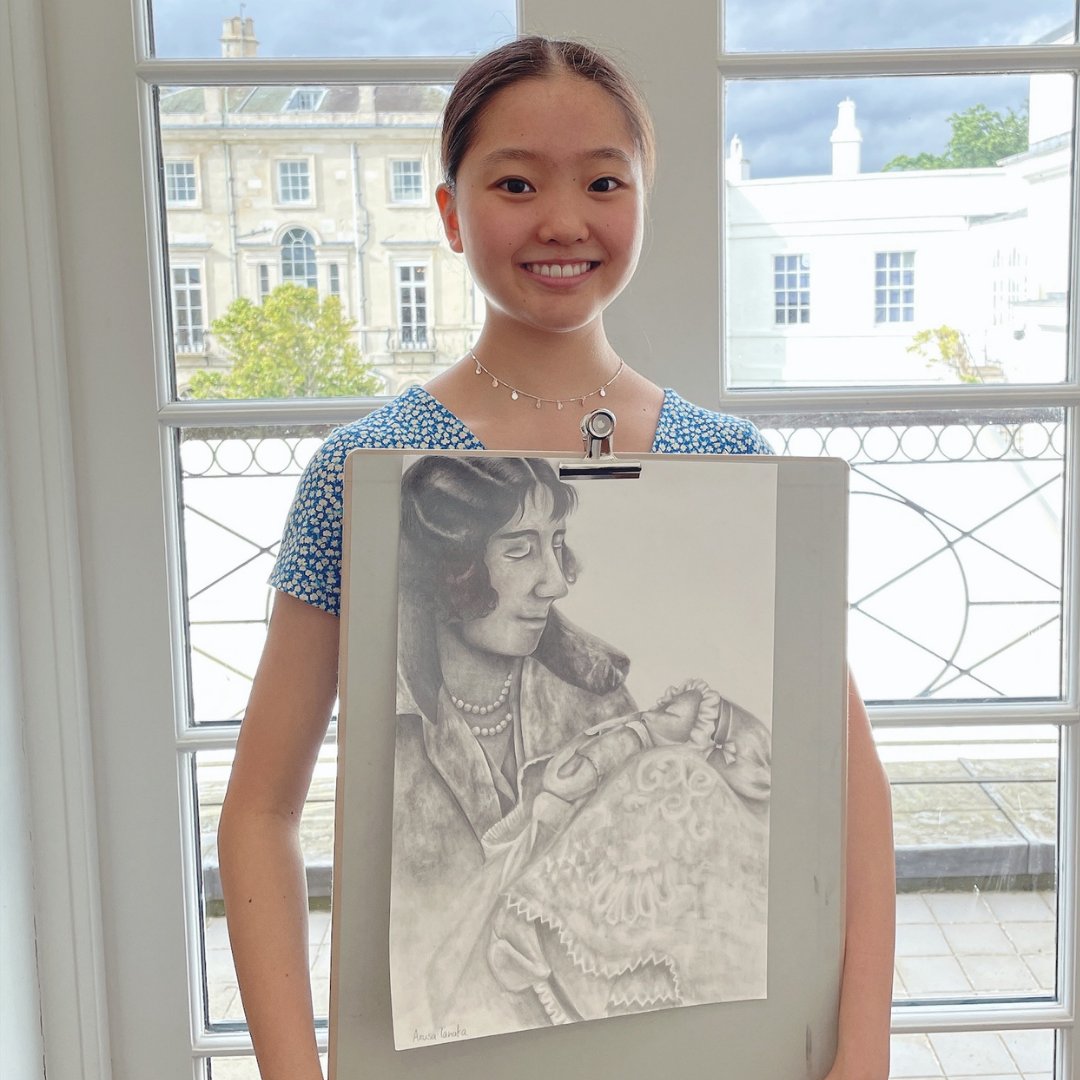 This year, the Platinum Jubilee commemorates 70 years of Her Majesty Queen Elizabeth II serving as the monarch. As part of the Jubilee celebrations, students of The Royal Ballet School, along with performers from The Royal Ballet, joined an impressive line-up of the world’s stars at the BBC’s Platinum Party at the Palace, which took place on Saturday, June 4.

The Queen and the Royal Family have strong connections and extensive history with The Royal Ballet School, reaching back to the early 20th century. Here, we’ll explore that royal history, including the story of the Queen’s Patronage, and share some of the celebrations enjoyed by the School’s pupils.

The Royal Ballet School’s connection with Queen Elizabeth  began with her parents, Albert, Duke of York, who went on to rule as King George VI, and Elizabeth Bowes-Lyon, the Queen Mother. White Lodge in Richmond Park, which is home to students aged 11 to 16, once served as the royal couple’s first home after their marriage in 1923. The Queen’s grandmother, Queen Mary, had spent her childhood at White Lodge and suggested that her son and his wife move in. Preparations for their residency saw the installation of the grand staircase, a now-distinctive feature of the building.

Queen Elizabeth was born in 1926, and her birth certificate gives White Lodge as her parents’ home address of the time. One year later, the family moved to 145 Piccadilly. They took several tapestries and a chandelier with them, and four stained glass panels from two of the building’s windows later found a new home at Buckingham Palace.

In 1954, White Lodge became the home of The Royal Ballet School’s younger students. Over the course of two years, extensive building work transformed the Salon into a dance studio and the stables into classrooms. White Lodge became a fully residential vocational ballet centre, enabling young dancers to train with the School, who may otherwise have been unable due to location or family situations.

As an active and involved Patron of The Royal Ballet School, the Queen has presided over and attended various events, such as the official opening of Upper School in Covent Garden in 2003. In 2012, in honour of the Diamond Jubilee, students from the School performed for Her Majesty and Prince Philip in Richmond Park.

In 2016, in celebration of the Queen’s 90th birthday, Royal Ballet School staff attended a special “Patron’s Lunch” street party with representatives of the Queen’s 600 charities. Attendees enjoyed meeting younger members of the Royal Family, including the Duke and Duchess of Cambridge, and saw the Queen and Prince Philip pass in an open-top car, which drove down the Mall to Buckingham Palace. That same year, the Prince of Wales visited White Lodge in his role as acting president and accepted a pair of pointe shoes, hand-decorated by a student, as a birthday gift to the Queen.

Schoolchildren across the UK have taken part in celebrations and creative projects in honour of the Queen’s Jubilee, and students at The Royal Ballet School are no exception.

For starters, a Year 10 student, Azusa Tanaka, created a drawing of the Queen Mother holding the Queen, taking inspiration from a photograph that hangs in the Salon at White Lodge as part of the Royal Collections. To congratulate her on her 70-year reign, The Royal Ballet School has sent the Queen the drawing in the form of a card from all students.

On top of this, students from Aud Jebsen Hall, one of the School’s boarding houses in Pimlico, London, attended a celebration dinner during the Jubilee bank holiday weekend. They dressed in red, white, and blue for the “Best of British” theme and enjoyed pies, mashed potatoes, vegetables, and, of course, the official Jubilee trifle. After the meal, students had the opportunity to win chocolates during a Royal Family quiz, which they followed with Jubilee shortbread.

The Platinum Party at the Palace

As part of the event, performers from The Royal Ballet and The Royal Ballet School came together for a special show in honour of its Patron. Principal dancers of the Company, Lauren Cuthbertson and Reece Clarke, joined 30 students from the School for an exciting new performance. Choreographed by Kristen McNally, The Royal Ballet’s principal character artist, the performance was set to Hans Zimmer’s Planet Earth Suite II and acknowledged our planet’s precious, natural environment. Mindful of the theme of sustainability, the dancers wore costumes designed from repurposed pieces from the Royal Opera House costume store.

About The Royal Ballet School

The Royal Ballet School is a world-leading educational centre in London that trains and nurtures young dancers for futures with The Royal Ballet, Birmingham Royal Ballet, and other renowned dance companies. In its mission to inspire the future of classical ballet, it upholds key values for the benefit of its students. These values include a dedication to their physical and emotional welfare, pioneering innovative approaches in healthcare for pre-professional dancers, encouraging dance versatility and academic excellence, and promoting a warm, caring environment in which children feel supported to maximise their potential.

The Royal Ballet School believes in sharing its expertise in classical ballet training, which it achieves by engaging with the wider community through various training programmes, and by opening opportunities to every child through an admissions process based purely on talent and potential.